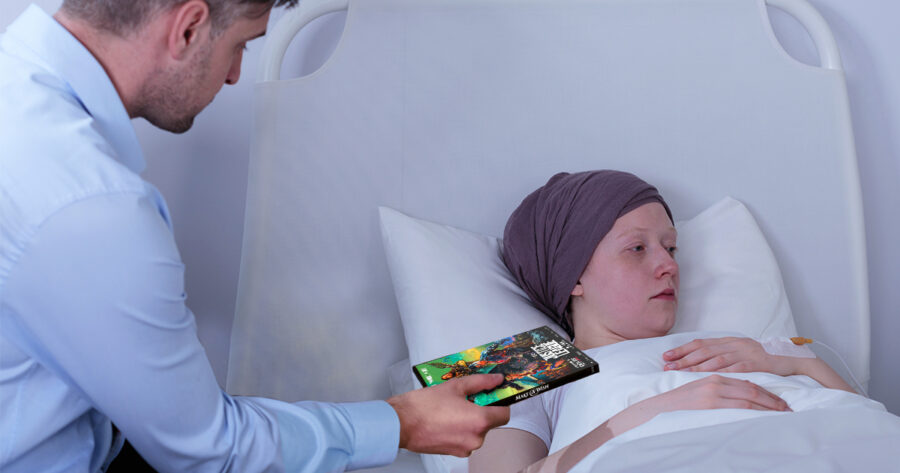 TOLEDO, Ohio — A DC superfan with terminal bone cancer requested today that Warner Bros. not show him the new Justice League movie before he dies.

Julian Scoville, a fifteen old sophomore at Toledo High School, has been reading DC comics since he was a kid—which is why when DC offered to show him the new movie, knowing he might pass away before it is released, he adamantly refused.

“When I first saw that Cyborg poster for Justice League, I took the news harder than the doctor telling me I had six months to live,” said Scoville, according to close sources. “I honestly thought it was fan art. It’s like a kid got a copy of Photoshop 6 off Pirate Bay and made a print to sell at the world’s shittiest local comic con.”

“I know this is like the one cool thing I get to do with my Make-a-Wish, but honestly, I’d rather just take a nap or something,” he added, sinking into his hospital bed.

Those close to the scene report that director Zack Snyder tried to lift Scoville’s spirits by surprising him in his hospital room, but Scoville was not impressed.

“You think this is going to make me want to see Justice League? Sending Zack Snyder? The auteur of Sucker Punch?” Scoville scoffed to doctors. “Just increase my morphine and end it now.”

When representatives for DC asked Scoville if he’d rather meet Joss Whedon, he began screaming until they left the room.

After calming down, Scoville described in vivid detail the trauma of his condition. “Just a lot of pain and sickness. Exhaustion. The unending spectre of my own mortality hanging over me on a minute-by-minute basis as I am forced to witness it in totality.”

“It’s exactly how I imagine the Justice League movie will be and I don’t want to go through that again.”

Despite his bleak future, Scoville did say he has held onto some hope. According to those close to him, Scoville said, “At least I know I’ll die before HBO ruins the shit out Watchmen.”