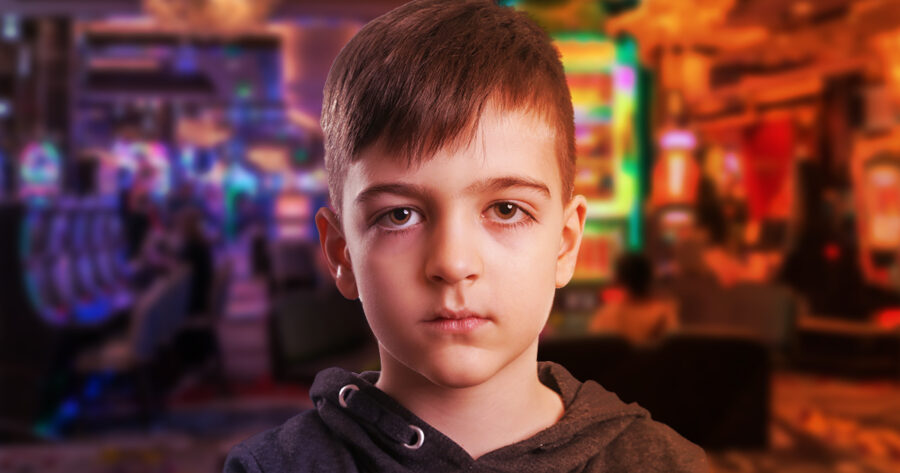 DALLAS — Popular restaurant and entertainment chain Dave & Busters has announced a plan to upgrade all of its franchise locations, adding a tasty new menu, updated decor, and a silent child that watches impassively while customers play shooting games.

Although customers gave positive reviews to the updated menu and new look of the local franchise, reactions to the small child were mixed.

“We thought maybe the kid was waiting for a turn, but when we offered, it just stared at us,” said customer Oren Varesky. After a few more games of Terminator Salvation, he and his husband moved to skeeball to get away from the new feature. “We turned back, and the kid had just disappeared,” Varesky claimed. “Creepy motherfucker. I’m just really glad we didn’t have to bring our own.”

“I thought I was safe in there, but then I felt air on the back of my neck and panicked,” said Collins, who then realized it was just the simulated breath of the in-game zombies. “I was relieved until I looked over, and the child was sitting right next to me, blocking the exit.”

Collins reportedly spent four hours and two thousand dollars playing Dark Escape 4D this way, hoping that the small child would eventually leave. Instead, after reaching the limit on her credit card, she turned to find the child had produced a hot apple pie, seemingly from nowhere.

“What the fuck does that mean?” Collins pondered through confused tears. “Is it a parting gift? A comment on American idealism? A temptation from Satan? I didn’t stick around to find out.”

Dave & Busters will reportedly finalize the rollout of these new features by upgrading its “Two-For-Tuesdays” deal to include $2 tacos, $2 beers, and a set of staring, mute twins.