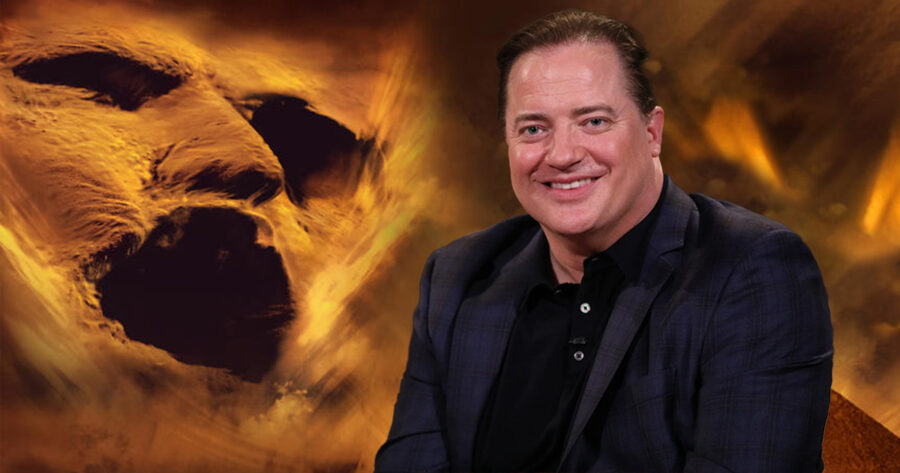 LOS ANGELES — Following a Golden Globe and a career resurrection, beloved actor Brendan Fraser shared a touching reunion with a past cast member from the iconic ‘The Mummy’ trilogy that put him on the map: the giant sand face from the film’s climax.

“Hey pal, how’ve you been?” a teary-eyed Fraser asked upon seeing the large CGI face backstage at the New York Critic Circle Awards. “It’s great to see you again; wow, how the years just fly by! Do you remember us getting drunk on set after shooting one day? Talking about everything, and nothing. I know my career has had a bit of a resurgence lately, but I can’t wait to see what you do in the following years. I heard through the grapevine you’re developing a sitcom for NBC? That’s so great.”

The sand face later gave insight into what it was like to finally reconvene with the actor years later.

“I was just there to present an award, but right before I went on I saw Brendan emerge from the stage left wing and I had to go say hello,” the sand face billowed. “I know what this guy has been through, and it’s so nice to see him looking healthy again. I may be just a groundbreaking special effect for the time, but I’m a sucker for a comeback story like Brendan has had. He looks healthy, and happy. That’s all I ever wanted for him. Well, that and to swallow him into my massive sand mouth in the climax of the first Mummy movie. I’ll get my chance one day.”

At press time, sources reported that Fraser sympathized with the sand face, who had also fallen off the Hollywood map due to overbearing alimony payments.