Breaking: You Just Lost The Game 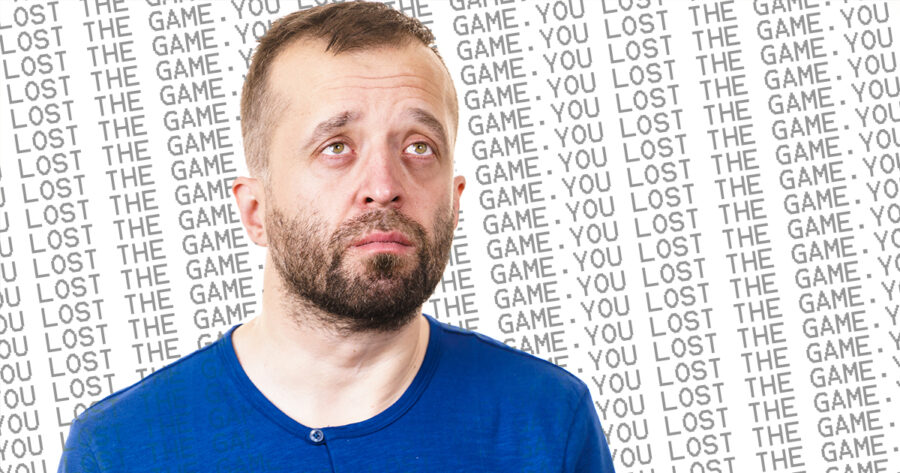 NEW YORK — New reports are coming in that reveal that you, as a result of reading this very article about local resident Kate Sanford losing The Game, have also lost The Game, a game that you lose any time that you think about The Game.

“My roommate Beth was just sitting there watching Jeopardy!” Sanford told reporters, dooming every person who would read the report, including the journalist, their editorial team, and you, the reader. “Out of nowhere, she got a text and stormed out of the room, and slammed the bedroom door behind her. Later when I asked her what was wrong, she informed me she had just thought about The Game for the first time in years, which meant at that very moment I too lost the game. It’s been a tough day for us all.”

According to close sources, this marks the first time that you lost The Game since high school in 2009 when your friend Derrick Smithers stormed into the principal’s office and announced over the loudspeaker that everyone had lost the aforementioned Game.

“Well, the object of The Game is to not think about The Game, otherwise you lose,” said Jenna Kent, the terrible person that caused everyone, including you, to lose The Game this time. “So when I remembered that it existed I couldn’t wait to bum everyone out. Oh and then it starts this great chain reaction of pissing people off, it’s wonderful.  I can’t imagine how many people will lose now that the press is covering this!”

At press time, wait a second, shit, I just lost The Game too. And so did you, again. I’m so sorry.