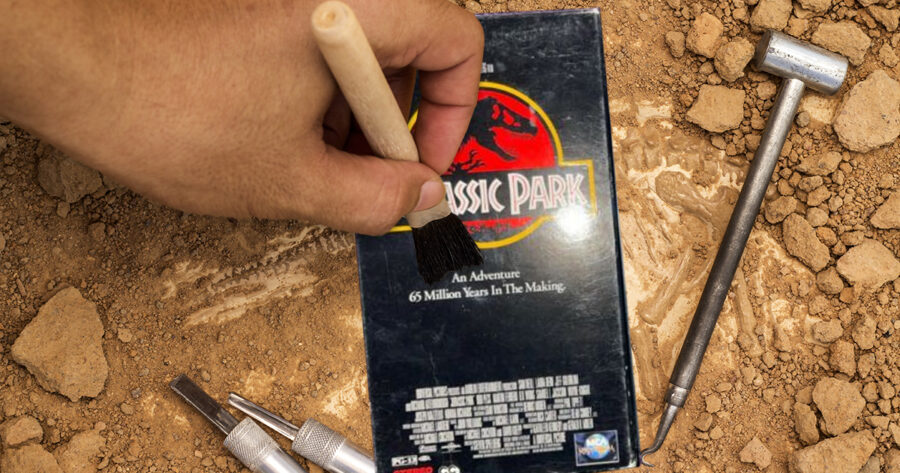 BOZEMAN, Mont. — Archaeologists have discovered the remains of an ancient Jurassic Park film that proves that the franchise used to not suck total shit and may in fact have been a highly regarded series.

“Our findings have been astonishing. We’ve found that the old people they feature in the trailers for the new movie were actually the stars of the film we dug up,” said Dr. Gerald Davis, chief archaeologist for the University of Montana. “We don’t know the full extent of the culture represented in this artifact, but we believe that the people of this time may have worshiped a cow-man named Beel Moo-Ray. It’s fascinating stuff!”

“The movie is super good, too,” Dr. Davis added. “Extremely likable characters who had defined traits and motivations. It’s hard to fathom given what we know of the characters in the current iteration of the franchise. Can you name a character from the new movies? I know that one raptor is named Blue and it’s friends with Chris Pratt. Oh man, don’t even get me started on the raptors in the film we just found. They’re super scary and don’t look like total ass.”

The question for the team now is how did such an incredible film evolve into the soulless franchise it is today.

“From what we can infer, the Jurassic Park series developed into the cynical, corporate-mandated schlock we know it as today as quickly as the second film,” Carrie Heathers, a research assistant on the dig site. “We dug up a scene from the second film where a 13 year old girl does gymnastics to kick a velociraptor through a window. It’s the saddest thing our team has ever uncovered… and we did an excavation in Pompeii.”

As of press time, the archaeology team claims they’ve found remains that could prove Bruce Willis used to be a respected actor that was in movies that were actually cool.