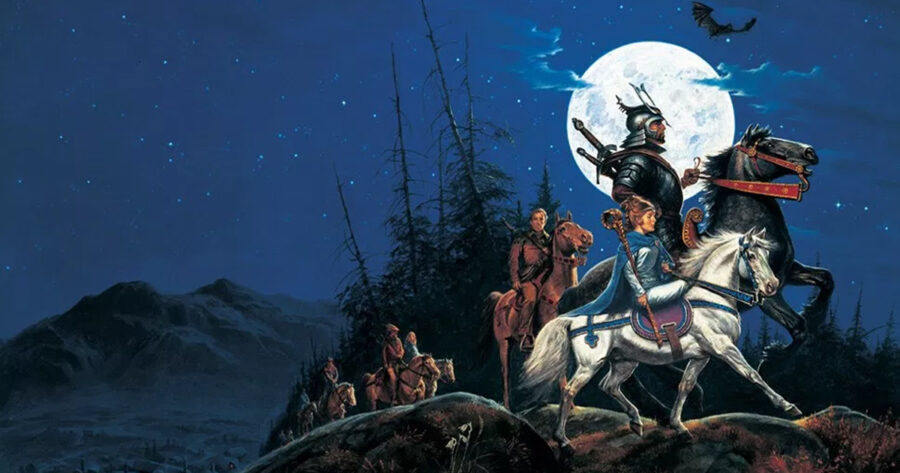 SANTA MONICA, Calif. — After greenlighting a TV adaptation of Robert Jordan’s high-fantasy series The Wheel Of Time, Amazon Studios announced they are committed to producing 328 seasons of the fourteen book fantasy epic with production already underway.

Showrunner Rafe Judkins assured fans that the show would be a faithful adaptation of the book series. “We’re committed to making a show that is true to the source material, which means starting off at a fast pace, inevitably slowing down as the story gets more complex and then having someone else take this baby to the finish line when I pass away around season 270.”

Judkins teased hardcore fans with a few story details about the third book’s Battle of Falme, which is planned to take place starting in season 68 and last for three full seasons.

“Sure, there’s going to be ten seasons with nothing but politics and dialogue,” he continued, “but when we reach Season 243 and everything from the last 1,944 hours of television finally comes together? You’re going to look back and think ‘Okay, this is epic.’”

“Everyone has been looking for the next Game of Thrones, and I think we’ve found it,” said Amazon Studios head Jennifer Salke. “Both are legendary fantasy series whose narrative sprawl became untameable by their creators and even though Time doesn’t has as much sucking and fucking as Thrones we are pretty excited to have the entirety of season 125 be Elayne and Aviendha taking a bath.”

“We’re thrilled to be producing a series so rich and expansive that no one could be bothered to write up a decent plot summary of it on Wikipedia, the website whose entry on grass spans more than 6500 words.”

Amazon Studios expects the entire cast and crew to pass away well before the final seasons are completed, so plans have already been made to replace them wholesale with the cast and crew of the television adaptation of Brandon Sanderson’s Mistborn series that will start shooting in about fifty years.