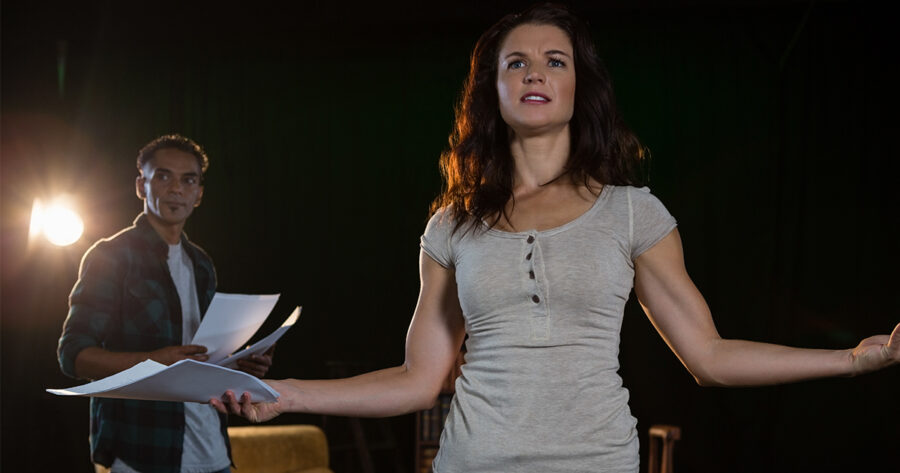 LOS ANGELES — Following in the footsteps of Joaquin Phoenix, who lost a grueling 52 pounds to play Joker, LA-based actress Shivani Roche dropped almost 50 pounds to lock down a role of any kind in Hollywood.

“25 pounds would have been enough if she only wanted to be a writer, but now she has a real shot at landing a few lines,” said Roche’s agent Martha Coleman. “Ya know, until she turns 30.”

Roche hopes that her 50 pound weight loss will pay off.

“I mean, I’m sure it was hard for Joaquin Phoenix to lose weight for a few months during a demanding shooting schedule. But I’ve kept it off for three years,” she said, gnawing on the corner of a screenplay in which the only female character is described as a “top-heavy blonde with weightless bones.”

“People keep telling me I look healthy,” said Roche, who does not eat solid food and no longer gets her period.

When asked what Roche thinks of Phoenix’s performance in The Joker, her tone started to shift.

“He said losing 50 pounds can make you go mad. What a luxury. I’d love to go mad,” Roche exclaimed. “I’m too busy to go mad. I have a yogurt commercial audition to get to. Do you think they’ll make me actually eat the yogurt?” she asked, scheduling an extra SoulCycle class just in case.

According to Hollywood buzz, while Phoenix is in line for an Oscar nomination, Roche is reportedly being considered for “several wife and secretary roles.”