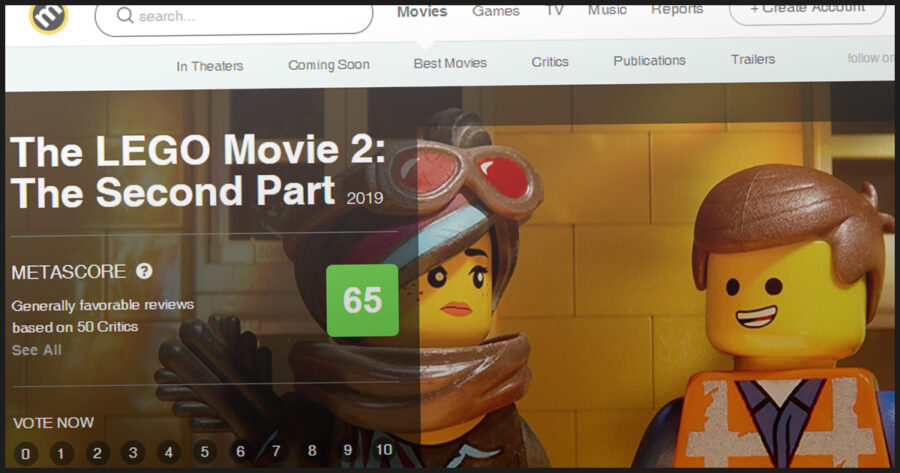 With how many artists and games there are, frankly, it’s unrealistic for you to expect us to actually listen to and watch everything. Still, it is important to always have the right opinion on culture whenever it is brought up on our social media feeds. So here are the top five times our uncertainty about our own taste got the best of us!

We’ll kick things off with our most recent double-check. Usually people don’t like sequels compared to the originals, so we took that into account when we scored it and boom: we were right-ish!

Full disclosure, none of us actually saw this one. We just heard it was a movie about a killer tire, which I was super stoked about. However, our editor muttered something about his parents, car crashes and that he would “rather be dead than watch that film,” so we had to formally skip this one. I hedged my bets and picked fifty and look at that, fucking nailed it!

I was taken aback to read that this was one of the worst games of all time. I’ll admit, the story could definitely use some work and the gameplay is rather subpar but I still found it charming. However, after seeing Metacritic’s score, I stopped trying to convince myself that it was one of those so-bad-it’s-good games. Clearly it just sucks and I apologize on behalf of the site. This won’t happen again.

Using the previously stated maxim that sequels don’t do that well and adding the additional logic that a remake of a sequel is really like a double-sequel, we were certain this thing was going to fucking suck. Well, logic is a bunch of shit because our taste-making credibility is now like Raccoon City, destroyed and desolate.

Alright, we definitely hit this one perfectly. They’re doing all the right things and appealing to my eye fetish. There’s good visual effects, action, and — are you fucking kidding me? Who are these people? Do they get paid to do this shit? Fucking hell, alright. I guess we were wrong about this one, too. Maybe Rotten Tomatoes will be better.