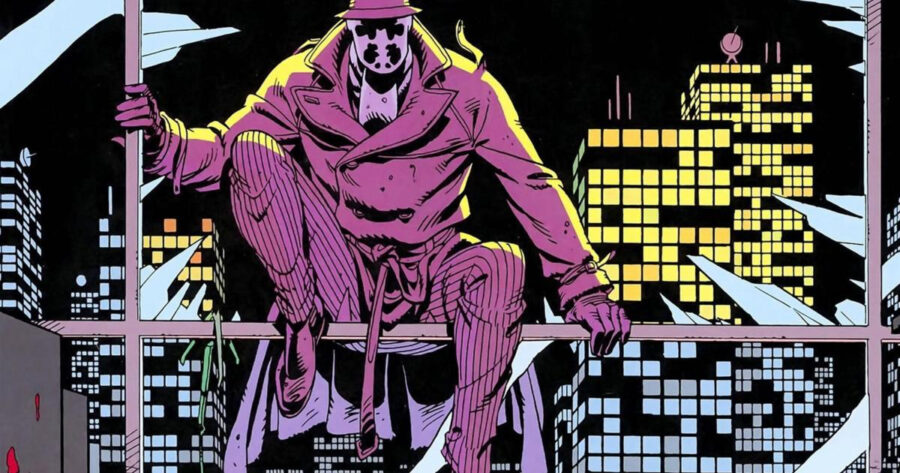 Look, I’m a big believer in reading and shit. It’s super important, but can we be expected to read every last book that people like? No way. If you’re like me and don’t have time for the classics but still want to shout your opinions about them and assert superiority over younger peers, just lie about reading the most important ones!

Kurt Vonnegut, Cormac McCarthy, Mick Foley — these are just a few of the essential authors I regularly lie about having read. Oh, but did you know that’s not enough anymore? These days if you want to appear knowledgeable about books you also have to know about graphic novels. What the hell right? Worry not readers, as these are the five graphic novels you MUST lie about reading before you turn 30.

This one is a classic, or so I’ve heard. It’s super easy to lie about reading a graphic novel that has a movie. Just keep referencing how capitalism is evil or whatever, you’ll be fine. And, of course, talk about how the movie was worse and didn’t capture the intricacies of the source material. People love that shit. All you REALLY need to know about this one is that at the end of the book, there’s a giant squid monster that one of the characters creates and it’s supposed to destroy the world. I know that sounds insanely stupid, but if you just insist it’s better than the movie, you are GOLDEN.

This is such a important book to lie about reading in your adolescence. It’s all about bored, cynical teenagers that hate their shitty hometown. Too bad I would never waste my time reading something that’s so unrelatable. Don’t you love its simplistic art style? Well you do now. That’s really all you need to say before letting whatever dude you’re talking to launch into a monologue that he wouldn’t even want you to add to if you could.

My god do nerds love Neil Gaiman. Lie about reading this series just in the interest of ending conversations with these dorks. The blessing in disguise is that this book is so goddamn vague and meaningless, that you can pretty much come up with any bullshit understanding of what it’s going for and no one will challenge you on it. Or just shrug and say you can’t put it into words. Hell, that might even make it seem like you’re the truer fan.

Everyone creams over this, and says it’s the one that influenced those overrated Christopher Nolan movies.  It’s more “mature,” which I’m sure just translates into a bunch of Batman crying about being Batman. A quick skim reveals no Mr. Freeze appearances, so no thanks. Just tell people you like how “gritty” it is. (This works for anything by Frank Miller until you get to Holy Terror and then Jesus Christ just say you didn’t read that one).

Alan Moore has authored so many must-lie-about reads, and this is another essential one. It’s all about fascism or some shit, so just stick to talking about how Guy Fawkes is an enigma. When in doubt talk about how most people don’t truly understand it. Make the person you’re talking to question if even they don’t understand it. Be forewarned that Natalie Portman is NOT in the book.