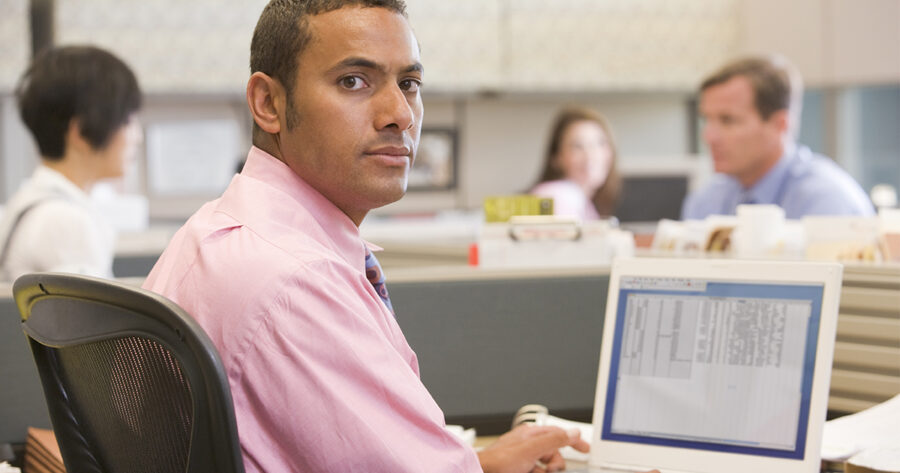 ATLANTA — Dale Clarke, a middle-aged computer tech with early onset arthritis, went into explicit detail with his coworkers about how he would take down a gunman in their office, sources close to the story confirm.

“We had an Active Shooter Training in the office,” office worker Lynn Fields said. “We talked about locking offices, barricading doors, and then Dale starts going on about how he would go into the ceiling and get ‘the drop’ on the shooter. Not to be mean, but I don’t think those tiles could support him.”

Clarke continued to explain how he has “tactical training” in hand-to-hand and armed combat but refused to divulge exactly where he received this instruction. Many suspect he pulled his ideas from Call Of Duty: Black Ops.

“I’m not gonna hide like a coward,” Clarke told other employees from his ergonomic office chair. “I’d quick scope him from behind the copy machine and use a few lithium batteries to make an improvised flash grenade. Once he’s blinded, I bum rush him and stab him with a pair of scissors like so,” Clarke said, then pantomimed stabbing a coworker in the throat.

Human Resources representatives with the company have stated that they have declined Clarke’s multiple requests to openly carry his RK 7 Garrison and that a sleeveless flack jacket is not appropriate “business casual” attire.

“The guy has to do a nebulizer on his lunch break, and his gout has been acting up,” Human Resources Coordinator Lee Moody explained. “He filed for workers’ comp after he accidentally stapled his own hand. I just don’t see him taking anyone down.”

Shortly after his explanation, Clarke had to go home for the day, having twisted his ankle demonstrating a roundhouse melee attack.