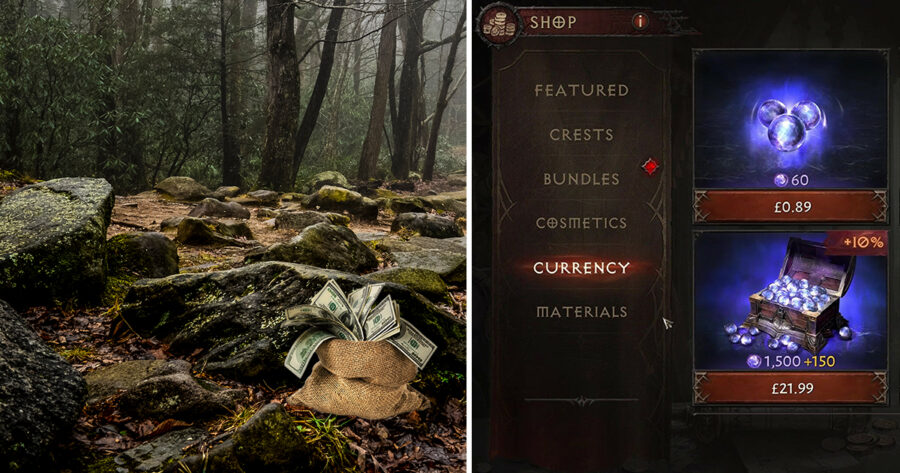 LANESBORO, Minn. — A local man who recently found a sack of cash in a small crashed plane in the woods has publicly stated that Diablo Immortal is the best game of this year, sources have confirmed.

“No doubt about it, Diablo Immortal is everything a gamer like me, a guy that just found a sack of cash in the woods, is looking for,” said Gil Sanderson, the local gamer that found the money while out on a walk with his dog earlier this year. “I guess it must be drug money or something? I’m really not sure, but I’ve been unable to put this game down, and this sack of cash I found ensures I’ll never have to! Blizzard really nailed this one, I’m not quite sure what all the controversy is about.”

“Ugh, I’m so sick of hearing how good Diablo Immortal is and what PS5 games I ‘must buy,’” said Angie Sullivan, a local gamer. “I’ve got news for you, I haven’t been lucky enough to locate a PlayStation 5, and I have not found any sums of money in the woods lately that would make the end game of Diablo Immortal feel like less of a shakedown, okay? Hey, maybe someone can tell me something fun I can get on my Switch for 20 bucks? How about that?”

Peterson’s wife was less concerned about his pick for 2022’s game of the year and more so the burlap sack filled with loose currency.

“I’m glad he’s enjoying his game, really I am,” said Tonya Sanderson, Gil’s wife of 21 years. “But should I be worried about anyone coming to get us? The way he’s been throwing orbs and crests around, if these guys figure out where their money went missing, I bet they come looking for the lowly feed salesman who for some reason has $50,000 of legendary gems. Oh, this big bag of money is going to be the death of us, isn’t it?”

As of press time, Peterson was overheard insisting that you haven’t really seen Top Gun: Maverick unless you’ve seen it in an IMAX theater that you rented out for you and your dog.