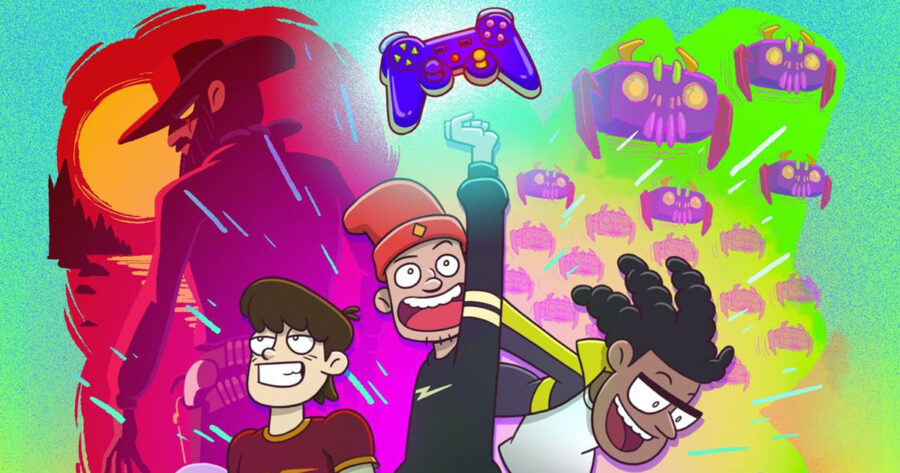 “Honestly, sometimes playing video games feels like work. It’s nice to take a break from gaming and just kick back, relax, and watch some TV or movies about gaming,” McReady said. “Alpha Betas is cool because all the characters are voiced by real YouTubers, which is probably who I would be watching after gaming if I wasn’t watching this. But in the same sense, it’s nice to take a break from watching gamers play video games and just watch those same gamers play video games as cartoon character versions of themselves.”

According to Alpha Betas showrunners Chris Bruno and David Lee, the team specifically wanted to give fans a chance to enjoy their favorite hobby in a slightly different way.

“If there’s one thing I know about gamers, it’s that they love gaming. That’s why we wanted our show to focus on that,” Bruno explained. “Having the four core cast members made up of real gaming personalities lends an authenticity that I think audiences will appreciate. We’d originally wanted six characters, but when you’re looking for YouTubers who are recognizable, likable, and don’t have a history of being openly awful people, it really narrows the playing field.”

“That being said, we’re really happy with the cast we have,” Lee added, “and I’m sure fans will love to continue watching them directly from their YouTube streams onto their YouTube TV show.”

According to those familiar with the situation, McReady plans to watch more episodes of the cartoon when it comes out.

“I’m not one of those guys who only thinks about video games, so I’m always down to watch a new show or movie and take a break from playing,” said McReady. “Some nights I just like to throw on Castlevania on Netflix and scroll on my phone. Check Twitter for news on Final Fantasy XVI or maybe a little Fruit Ninja. Just do something other than gaming once in a while, ya know? I just hope the Alpha Betas guys put out a companion podcast so I have some gaming content to listen to while I grind out some Stardew Valley.”

At press time, McReady was seen opening Pokémon GO on his phone as he stepped out “for some fresh air instead of watching a screen.”

This article is sponsored by Alpha Betas. Check out the trailer below!