Who to play if you’re new to the world of Overwatch. 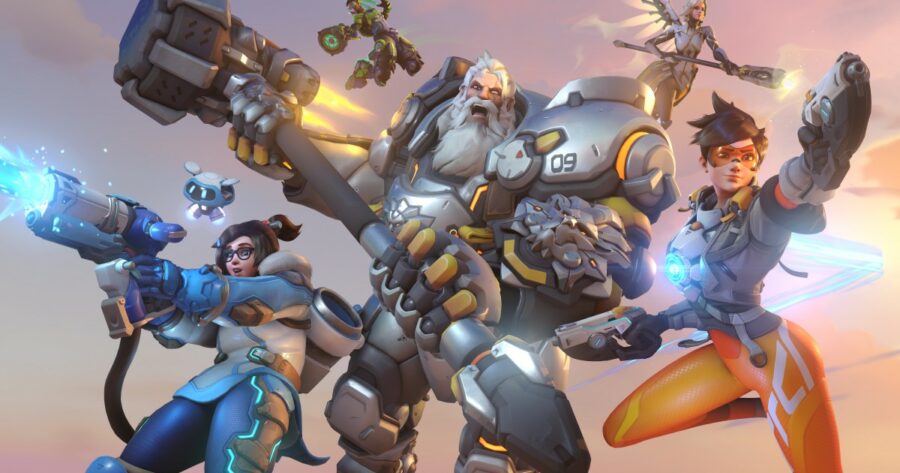 Overwatch 2 is just around the corner and many players will be hopping on to the game for the first time ever. While players who played the first title in the series will be familiar with almost the entire cast, new players will be on unfamiliar grounds. Unlike most other FPS titles, Overwatch 2 feels like a cross between a shooter and a MOBA. Choosing the right heroes to master can be daunting as there are dozens of options available. Let’s take a look at different types of players and what Overwatch 2 easy heroes would suit them the best. Here are the best beginner-friendly Overwatch 2 characters for DPS, Tank, and Support players.

Soldier: 76 – For FPS Players Who Want to Feel Right at Home 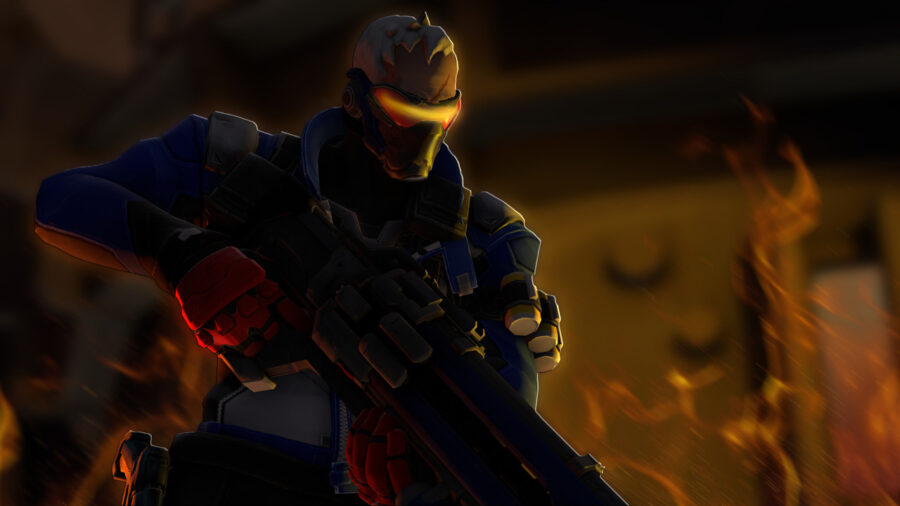 If you are familiar with FPS titles and love using full-auto weapons, Soldier: 76 will make you feel right at home. Soldier: 76 has the ability to sprint, heal himself and his allies, deal decent amounts of damage, and has an ultimate that literally gives you an aimbot.

Soldier: 76 is your typical hitscan DPS hero with a very simple kit. His damage output is quite solid at close to medium range but you will experience drop-off at longer ranges. While other heroes may have flashy movement abilities that allow them to relocate, Soldier: 76 has a sprint that allows him to move much faster.

His Helix Rockets can allow you to finish off targets or burst down enemies before they can heal or get behind cover. It is a fantastic tool and can give you an edge when taking 1v1s. His Biotic Field can be used to heal himself or allies that stand on it. It can be very useful when dueling other characters and can give you enough HP to outlive your opponent.

Finally, his Tactical Visor allows you to get an aimbot for several seconds. All you need to do is aim at the vicinity of enemies and you will land all your shots. You still have the ability to land headshots during the Ultimate if you manually adjust your aim which is meant to reward high-skilled players. 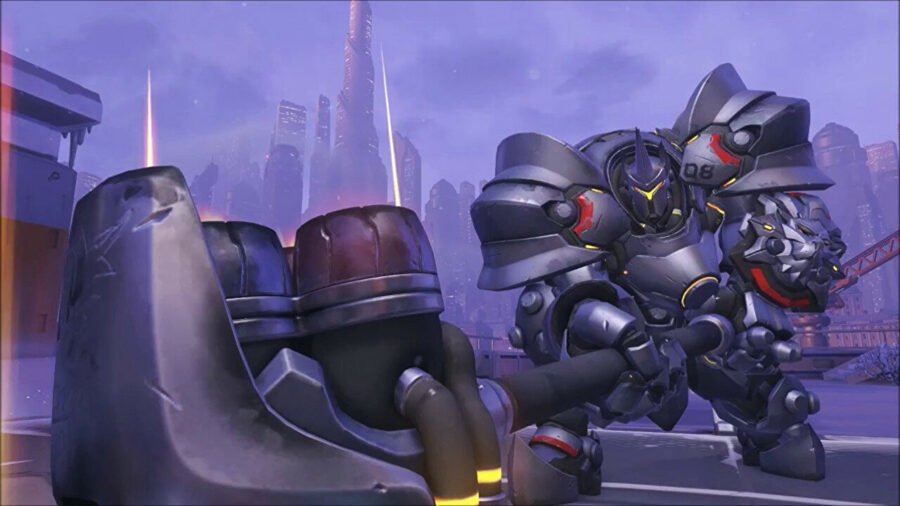 It was hard to choose between Reinhardt and Winston for this one, but we eventually settled on Reinhardt. While Winston’s kit seems much simpler on paper, it can be very easy to overextend as a new player with our beloved scientist.

No one in Overwatch can match Reinhardt’s hammer or his shield. With proper shield management, you can mitigate tons of damage with Reinhardt and unlike Overwatch (2016), Reinhardt is very resistant to knockback.

Fire Strike is Reinhardt’s most reliable way to generate Ultimate charge. If you keep landing your Fire Strikes on multiple enemies, you will charge your Ultimate in no time. The ability can pierce barriers, enemies, and other damageable objects in the game, making it very strong.

Earthshatter is Reinhardt’s Ultimate and it can single-handedly win fights if your team follows up with some damage. It knocks down all enemies in front of the casting area and you can follow up with Fire Strike and a few Rocket Hammer strikes to eliminate enemies in a couple of seconds. 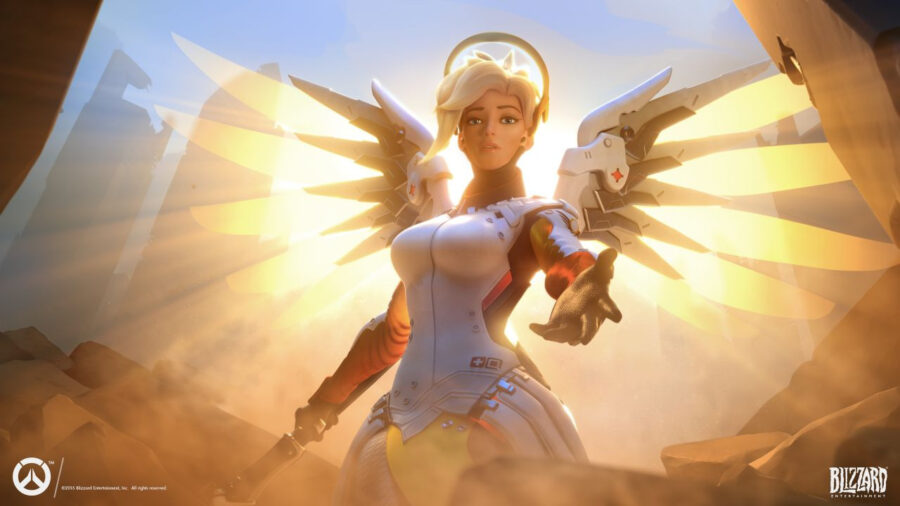 Mercy is not only one of the best healers to learn Overwatch 2 with, but also one of the best heroes in general if you are new to the game. Most supports usually have a better view of team fights as they play from the backline.

Mercy’s kit is basic at first glance as she has her Caduceus Staff that can heal and damage boost allies. Her rate of healing single targets is quite high and her damage boost can enable some nasty combos. The healing and damage boost can go through barriers and you can stay connected to your target while moving around.

She also has Guardian Angel and Angelic Descent, which allow her to dash to allies or manipulate her fall. Learning to use both these parts of her kit will allow you to navigate around the map and avoid enemy fire.

Since Mercy is a single-target healer, you have to constantly bounce across an area to keep everyone topped up on health. You should be focusing on boosting your DPS heroes so they can secure kills, and the damage boost is also very handy on tanks when they use their ultimate abilities.

Mercy is the only character in the game who can resurrect allies if someone falls during a team fight. You can revive them within a certain amount of time using your Resurrect skill. It leaves you vulnerable and you should use it behind your teammates or when it’s perfectly safe. Sometimes it’s worth taking the risk if it can save a team fight, but these are all things you will begin to understand as you play the hero yourself.

Valkyrie is a chain healing Ultimate that allows you to fly over your teammates and apply your healing or damage boost to multiple allies. It lasts a very long time and can help your team survive enemy Ultimates or push through enemy defenses. Overall, she is a solid character if you are new to Overwatch 2 and want to learn the Support class.

While our recommendations are meant for players completely new to Overwatch 2, if you enjoy a certain character, feel free to use them. Overwatch 2 is all about finding heroes that you enjoy and having fun with them. You should try to grasp the basics of as many heroes as possible as it will not only help you understand how the heroes work, but also how to counter those heroes if you go up against them.