Wreak havoc as the leader of the Deadlock Gang. 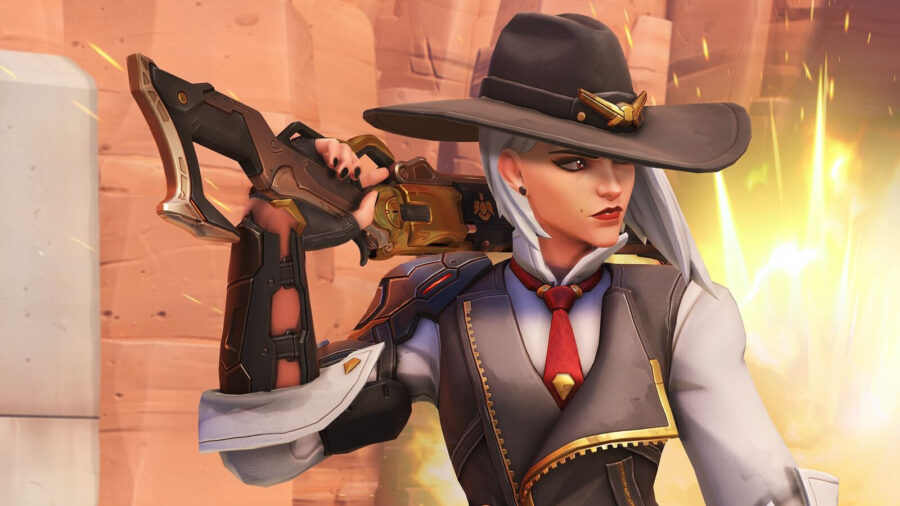 Ashe is one of the DPS heroes in Overwatch 2 and her consistent damage along with her ability to lock down areas with her Ultimate is why a lot of players enjoy playing her. The leader of the Deadlock Gang and a respected figure in the criminal underworld, Ashe is an outlaw in the world of Overwatch. She relies on her guns, dynamite, and trusty Omnic partner Bob to handle threats in style. 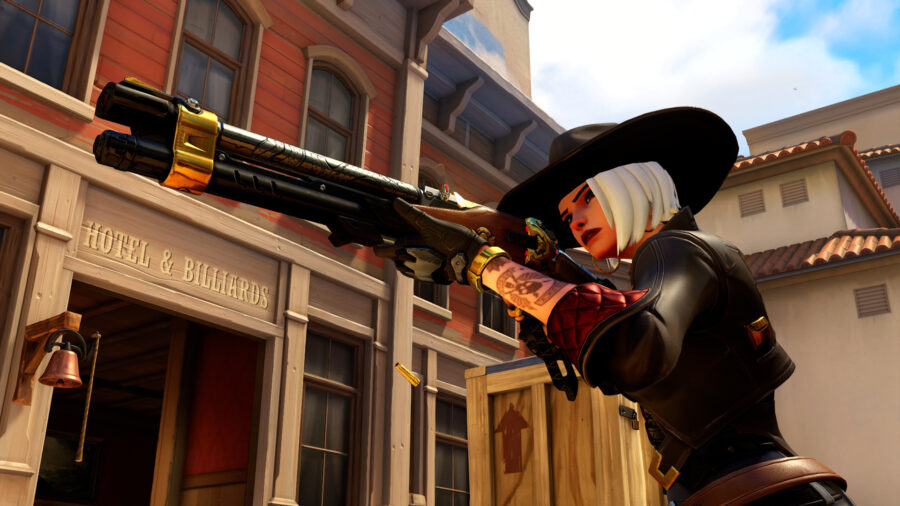 Ashe is able to hipfire her weapon and also aim-down sights, giving her a lot of flexibility. The hipfire is good when you want to duel enemies at close range but we recommend aiming down sights in every other situation.

The Viper (Primary Fire): Ashe uses The Viper as her primary weapon. The weapon is amazing at medium ranges but there is some damage falloff beyond the 50-meter range when aiming down sight. The weapon has pinpoint accuracy and it is hitscan, which makes her ideal for taking down heroes like Echo and Pharah from a distance.

Dynamite (Skill): Ashe’s Dynamite is a projectile that can deal tons of damage over time. You can toss it at enemies and shoot it to instantly detonate it or you can wait for it to explode on its own after a 2-second delay. It can deal up to 150 damage, making it lethal. It is also one of the best tools to charge up your Ultimate if you can consistently land your Dynamites on multiple enemies.

Coach Gun (Skill): Ashe’s Coach Gun is the only real defensive tool that allows her to create distance between herself and any flankers. You can also use it as a mobility tool to reposition yourself.

B.O.B. (Ultimate): Ashe summons Bob with her Ultimate ability who is a giant Omnic that shoots down everything in sight. Bob has 1000 HP and does about 112 damage per second which is quite menacing. Unfortunately, Bob cannot move around and enemies can simply stay in cover to avoid Bob’s damage. However, Bob is highly effective at shutting down objectives and taking space, making the Ultimate quite valuable to play for map objectives. 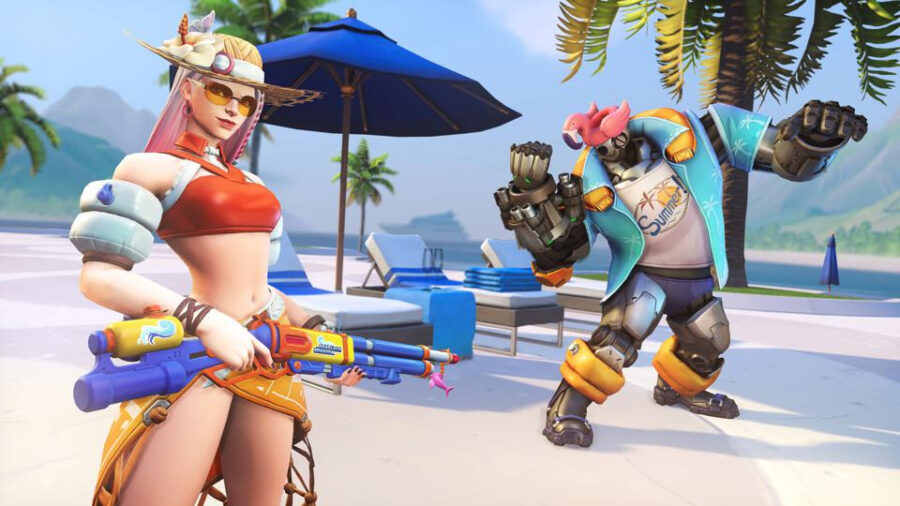 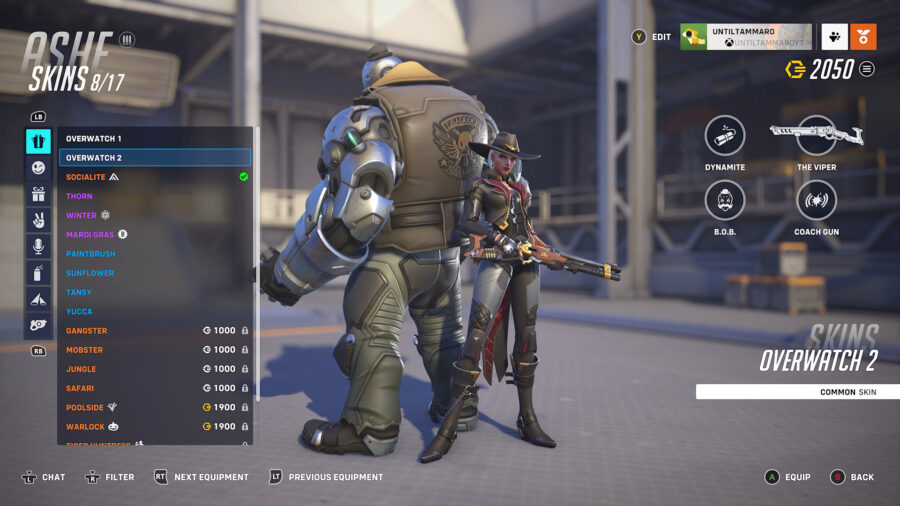 Here are all of the skins available for Ashe in Overwatch 2: 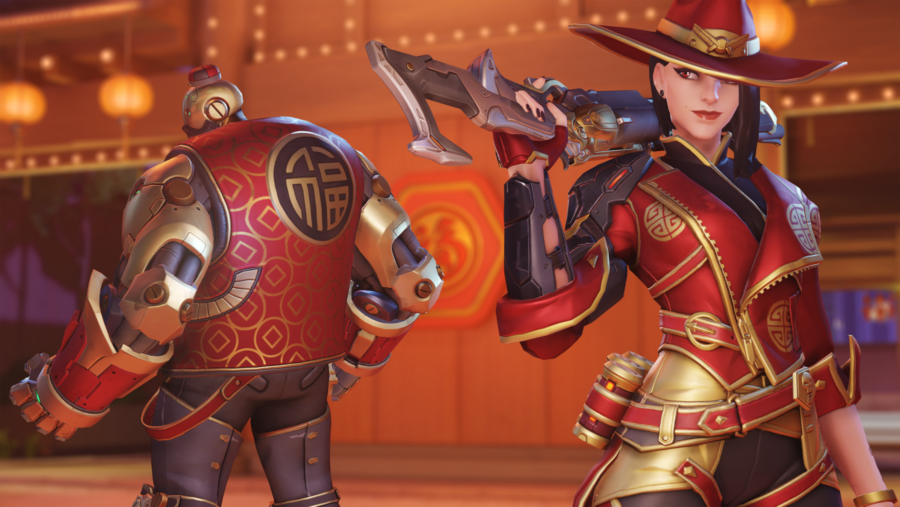 Deploy Bob Safely: When you cast your Ultimate, make sure that you deploy Bob in a safe location. Bob runs in a straight line depending on where you are aiming at and stops after a brief moment to start firing. Positioning Bob on objectives or in enemy backlines can be highly effective. Make sure that you keep an eye on abilities like Ana’s Sleep Dart to ensure your Ultimate does not get shut down immediately.

Learn Coach Gun Mechanics: You should identify opportunities to use your Coach Gun effectively to push yourself into places that you wouldn’t be able to reach normally. One of the best ways to use the Coach Gun is to use it when Genji is using Deflect. It will proper you twice as far which will allow you to gain some distance and duel the hero at an advantage.

Spam Your Dynamites: Dealing damage is the fastest way for DPS heroes to build Ultimate charge and you should try to deal as much damage as possible with your Dynamites. The ability is designed in a way that it will line up with your crosshair as soon as you are able to shoot, making it very easy to trigger those mid-air detonations.

Master The Viper: Your primary fire is the best way to dish out consistent damage at range and you should learn how to use the weapon. Since the weapon does not one-shot enemies even if you land a headshot, you need to be able to land those follow-up shots to finish off low-health enemies. You should practice landing headshots on moving targets as landing those critical hits is important for any Ashe player to secure kills consistently.

Know Ashe’s Weaknesses: Ashe is vulnerable in close combat and you should never have to rely on your hipfire. Save your Coach gun to create distance and deal with enemies at ranges that offer you an advantage.

When Should You Play Ashe? 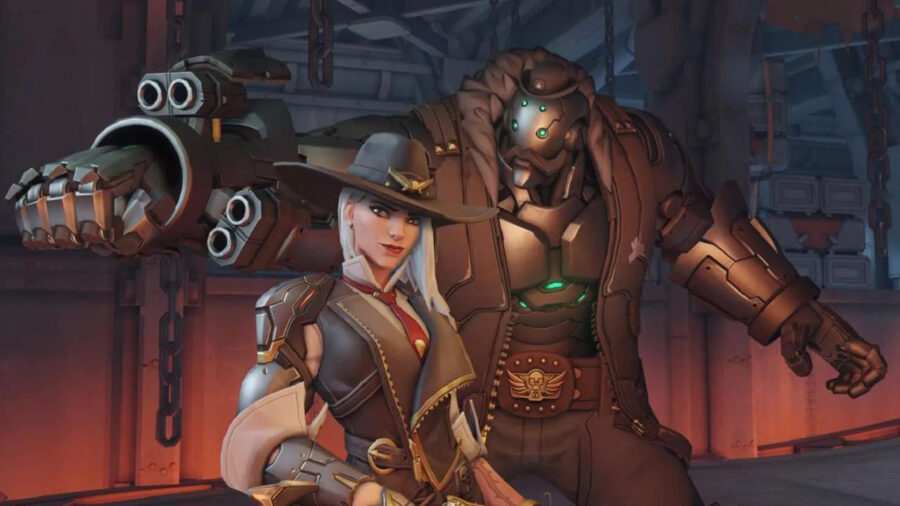 Ashe is a very consistent DPS hero that can be played in almost all situations. She works best in team compositions that rely on mid-range damage. She has a hard time surviving when being flanked by characters like Genji and Tracer and if the enemy team decides to focus you down at all times using high-mobility characters, she will need help from your team. The key to mastering Ashe is learning to position yourself. You need to be far enough from the enemies to avoid taking unnecessary damage but you also need to be close enough to your supports so they can aid you if you get pushed.

Unlike a lot of other heroes that have self-sustain, Ashe has very little defensive utility and if your team isn’t offering you enough assistance, she can feel frustrating to play. But if your tanks create space for you and you are given enough breathing room to work with, Ashe can dish out a lot of damage and lock down areas with Bob and burst down enemies with The Viper and her Dynamites.