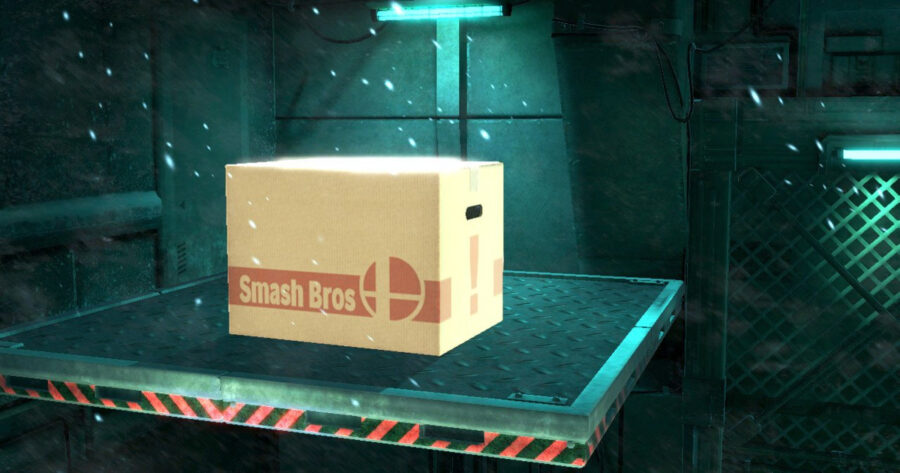 SHADOW MOSES ISLAND, Alaska — FOXHOUND Genome soldier Greg Morris got more than he bargained for today while making an unboxing video at the nuclear weapons disposal facility on Shadow Moses Island, sources close to the matter have confirmed.

“I thought it was just a box,” Said Morris, who makes unboxing videos to pass the time while making deliveries to various groups of militants throughout the sprawling arctic compound. “I should have known something was up when it was just a single box, usually my hauls are much bigger than that.”

The box, labeled with only the words “TO NUCLEAR WARHEAD STORAGE” in crude permanent marker, did not carry warheads or arms to be used by FOXHOUND but rather a grown man who promptly knocked Morris out after being discovered.

“It was actually kind of astounding, he hit me 6 times and then I was out cold,” said Morris, who is now on waste clean-up detail for letting the man escape. “I captured the whole thing on camera, but looking back at the photos they all just show static, he must have had a signal jammer or something. What I can tell you about him is that he smelled like cigarettes. I guess this would have been really great as an actual unboxing video but unfortunately you’re just gonna have to take my word for it.”

Several more soldiers have come forward claiming to have encountered the same individual.

“I was just taking a whizz, and — BAM!’ someone knocked me out cold!” said one soldier. “I could see footprints in the snow, but they were being made by an invisible man! I think the nuclear waste might be giving people superpowers, which is actually something I explain in depth on my conspiracy theory YouTube channel.”

Following an exhaustive 99-second search of the area, the whereabouts of the now unboxed individual is still unknown. Morris says he plans to continue his unboxing videos with much smaller, less human-sized boxes.