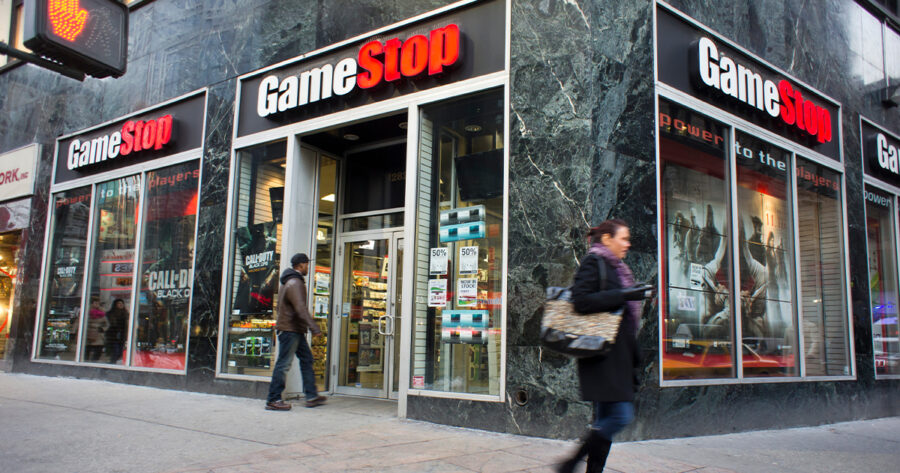 GRAPEVINE, Texas — GameStop has announced that they will enter the increasingly competitive world of cryptocurrency and blockchain by being the first major corporation to offer previously funged tokens.

“This is exactly what we need to do to stay relevant,” said GameStop CEO Matt Furlong. “We’ve had a lot of meetings and discussed things we could do as our whole selling-people-physical-video-games thing is drying up. Lot of guys thought we should start selling CBD oil. I suggested we become laundromats. But eventually, we were won over by a snazzy presentation about something I’m realizing now that I don’t fully understand, but damn, it sounded really great at the time!”

“These things have been a little funged, but they’ll still work, no problem,” Tara Woodson, a local GameStop employee. “We guarantee all of our tokens, so they’ll still, you know, sit there and look like they look, and rapidly depreciate in value, everything you would get out of a brand new NFT, it’s just these are available for less than market value, and you know, only funged a little bit.”

The program is expected to be unveiled widely next week, following a test market in California that drew mixed reactions from customers.

“Fucking place is a god damned fucking rip off,” said Tonight Show host and vocal NFT backer Jimmy Fallon, shortly after leaving a GameStop location in Burbank. “I traded in that monkey picture I was bragging about on TV a few months ago, and these assholes said they’d either give me 3 dollars, an NFT of a roller skate, or a copy of Battlefield 3 for the XBox 360. Hopefully this little picture of a roller skate skyrockets in value and I can still make some money on this deal.”

As of press time, Elon Musk was reportedly in talks to purchase GameStop and name it something funny.