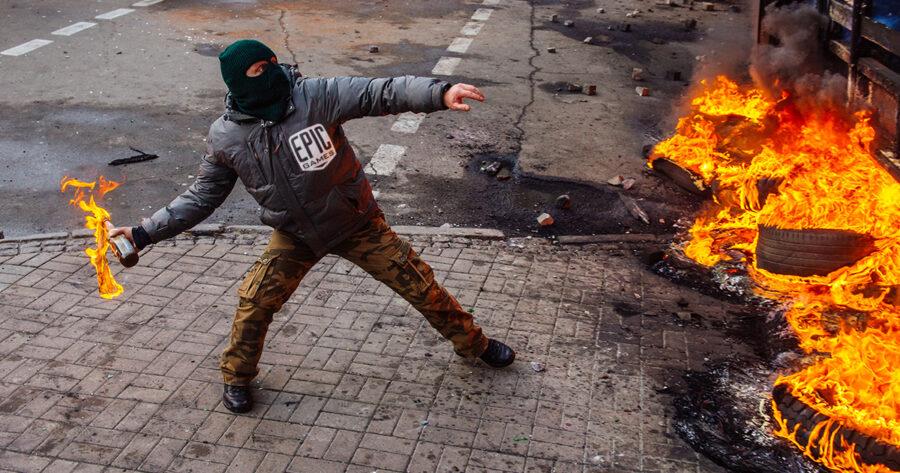 SEATTLE — In response to the escalating tension between Apple and Epic, masses of angry gamers have taken to the streets to show support for the latter and demand they are able to continue selling Fortnite skins without paying the standard fee Apple demands.

“If I’m understanding this correctly, and I’m fairly certain that I am, Apple has for too long demanded an unfair cut of all transactions done through their operating system,” said Ethan Reynolds, as he chucked a brick through the window of a downtown Apple store and proceeded to set the structure ablaze. “Epic Games simply is asking us to reexamine the standard thirty percent tax they take. Now let’s burn 100 percent of this motherfucker to the ground! This is extremely important to me!”

Epic Games, which was recently valued at roughly $1.7 billion, made waves earlier this week by beginning to sell Fortnite’s V-Buck currency through their game’s storefront and bypassing Apple’s normal fee that is added onto all in-game transactions, offering players more value for their money than ever before. The friction between companies has escalated since, with a pending lawsuit indicating that there is no end in sight to the conflict.

“We here at Apple frankly aren’t used to being questioned, so this has all been very wild for us,” said Tim Cook, CEO of Apple, Inc. “And we really didn’t see this escalating into riots across the country, much less this quickly. We take responsibility for our part in all of this though; those nice Fortnite clothes were undoubtedly a couple of dollars too expensive.”

The rioting continued well into the night, with the gathering continuing to increase in number, although some were reportedly unsure about the motivation behind them.

“I didn’t realize this was a video game thing when I joined what I thought was a protest in front of City Hall,” said Teagan Beasley, who had participated in several protests in the same area over the previous few months.. “But after talking to the people here for about a half hour, I think I understand what is going on. It’s not so much that we should feel bad for Epic, it’s that they’re taking an important stand against Apple so that none of us have to pay them thirty percent of … no wait, I lost it again.”

As of press time, Fortnite has since been removed from the iOS store, and in retaliation, Epic has taken those apples that heal you a little bit out of Fortnite.