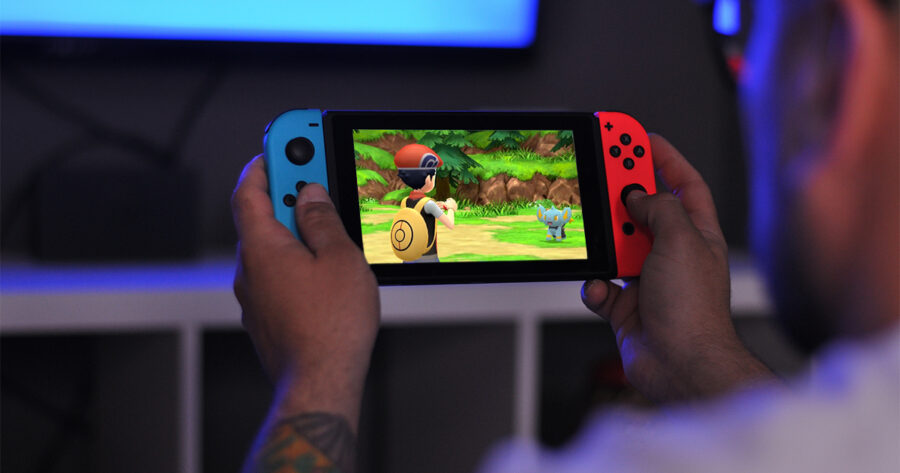 CHARLOTTE, N.C. — In the weeks since buying Pokémon Shining Pearl for the Nintendo Switch, local gamer Calvin Palmer has expressed increasing concern about leaving his apartment due to the Omicron variant.

“Yeah, with things how they are with the Omega (sic), it’s out of control, man. So I’m just staying right here at home,” said Palmer during an extremely rare break from Shining Pearl. “I haven’t even taken out the garbage this week. Too dangerous.”

In addition to limiting his movement between his couch and bed, Palmer has taken additional precautions to keep himself safe from the virus.

“I’ve also been eating frozen food instead of going to the store, and I’m sleeping in six-hour shifts so I don’t miss any breaking news about COVID,” Palmer said, claiming the six-hour timer on Munchlax spawns in Honey Trees was a “total coincidence.”

Sources close to Palmer were surprised at his sudden change in attitude toward COVID.

“I haven’t seen Calvin since we exchanged gifts before Christmas,” said close friend Alice Ramos, who gave him a gift card for the Nintendo eShop. “He didn’t seem especially anxious back then, but now he won’t even answer texts because he’s ‘worried about getting COVID over the phone.’ I didn’t even know that was possible.”

At press time, Palmer announced that six hours of sleep was too much, and that he would instead stay awake until he “catches a goddamn Feebas.”