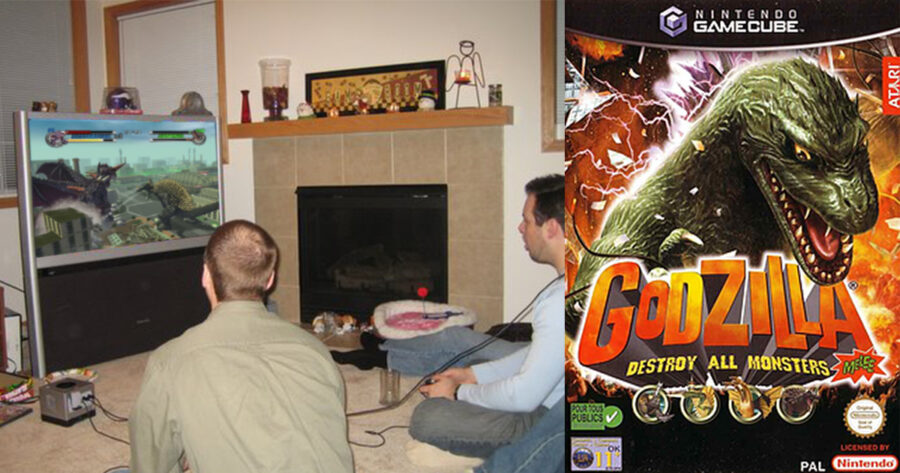 JACKSONVILLE, Fla. — Dedicated Godzilla: Destroy All Monsters Melee player Duncan Cooker was recently disappointed to realize that the “Melee” tournament he’d been preparing for was in fact a competition being held with the game Super Smash Bros. Melee.

“At first I really couldn’t believe how many people were here for a ‘Zilla tourney,” said Cooker. “My buddy asked if I had a GameCube controller for the Melee tournament and I was like, hell yea, get me in on that. When he said he was a fox main, I thought he was just confused about Rodan. Sure, Rodan looks nothing like a fox, but as someone who obviously also gets confused a lot, I wasn’t gonna be a dick about it.”

The confusion was mutual as local kids running the Smash tournament didn’t really have an answer for a man well in his 20’s asking if they had unlocked Orga.

“He had a Wavebird and kept asking if he could turn on cheats for fully destructible environments,” said Smash playing teen, Derek Moore. “Then he got to the character select screen and started freaking out, asking where 90s Godzilla was. After he calmed down, he selected Bowser and said he would still probably do alright. He did not.”

Cooker hinted that perhaps his preparation time could have been better spent.

“Yeah, I really should have made sure I was playing the right game,” he admitted. “When someone mentioned waveshines, I thought they had just figured out how to use the water in the Thrashburg level. I should’ve known better.”

At press time, Cooker said that he was happy he attended the event because he met a few kids who were looking to start a “Brawl” tournament, and he was actually an even bigger fan of 2018’s Override: Mech City Brawl.