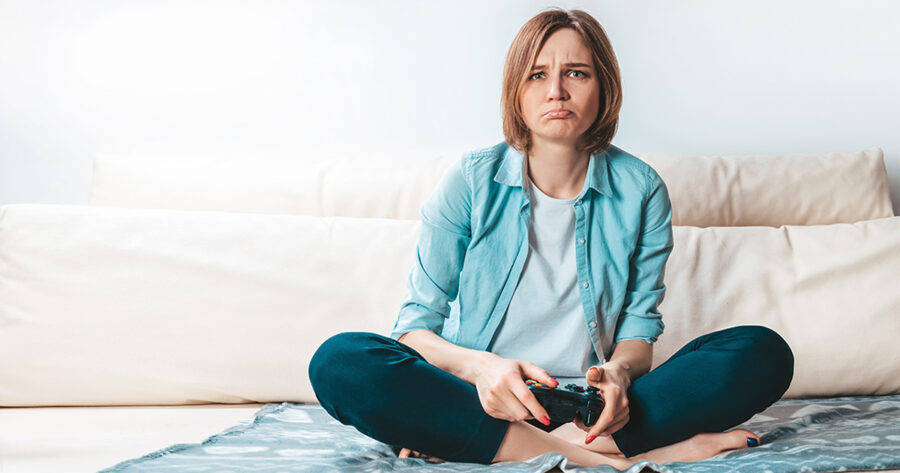 LOS ANGELES — Local gamer Patty Kemp reportedly had a difficult time deciding how to entertain herself yesterday evening, with exciting choices including playing a video game she is bored with, and listening to a podcast she despises.

“Being stuck inside really grates on me sometimes. Luckily, I get to keep myself occupied with all kinds of really fun content,” said Kemp, booting up her Xbox. “One of my favorite options is Assassin’s Creed Odyssey, which I’ve been slogging through for almost two years, and the quest log has only gotten longer. I think I’m supposed to be chasing down a secret mercenary group? But there’s also some sketchy priests who have my sibling, and they want a staff or something, and I’m a Spartan now. Or an Athenian, depending on the quest. I should probably read the Wiki again to get my bearings. God it sucks so much.”

In addition to the many video games she was sick of playing, Kemp also claimed to keep up with a few podcasts, all of which she found very upsetting.

“There’s this Vox podcast The Weeds, where I can learn about all the current politicians I hate, through the hyper-informed lens of these reporters, who I somehow hate even more,” said Kemp, anxiously refreshing her podcast feed. “I never miss an episode.”

After a few minutes of deliberation, Kemp reportedly made her usual choice, which was to listen to the podcast while playing the game, making it impossible to enjoy either one.