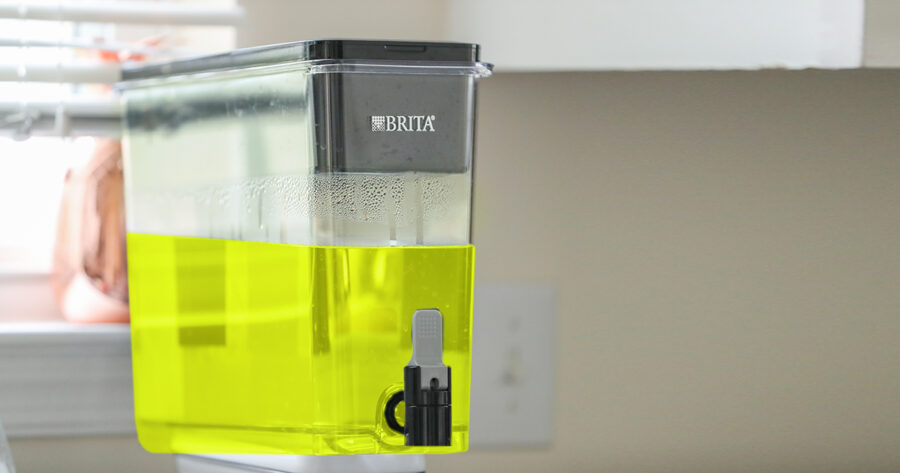 ROCKVILLE CENTRE, N.Y. — An increasingly health conscious gamer recently began taking a new precaution to ensure his soda would be free of lead, asbestos, and other contaminants, by filtering his Mountain Dew through a Brita filter before drinking it.

“I’ve never felt better to be honest,” said Derek Conley, who recently dumped an entire two liter bottle of Mountain Dew into the pitcher his parents traditionally use for water. “The Dew tasted as good as it ever has, and it also just tasted cleaner, more pure. This sounds crazy, but I think I might’ve made it better? I just won six games of Rocket League in a row and I feel incredible. I feel like God is inside of me. Everyone needs to do this shit as soon as they can.”

Conley’s mother was reportedly irate about what turned out to merely be his latest innovation in their kitchen.

“This is just the latest bullshit this little fucker pulled,” said Dolores Conley, Derek’s mother. “Mountain Dew in the Brita, Monster energy drinks in the coffee pot, hell one time I found a pizza roll in our Keurig. My little Derek is as creative as he is an idiot, how the hell does that work?”

Other adults in Derek’s life say that they believe the technique may indeed be working as well as he claims it is.

“I’m not saying it’s the filtered Mountain Dew,” said Albert Morris, a teacher of Conley’s. “But Derek’s scores are up, he’s been early every day this week, he’s never been more pleasant to teach, and I swear to god he’s lost some weight. We all knew Mountain Dew was the most delicious soda with some of the highest caffeine content around, but wow, it’s truly limitless what this incredible fluid can offer us all it would appear. I’ve got my whole class doing it and we’re monitoring the results.”

As of press time, Derek Conley was threatening to shoot Mountain Dew: Code Red into his veins.