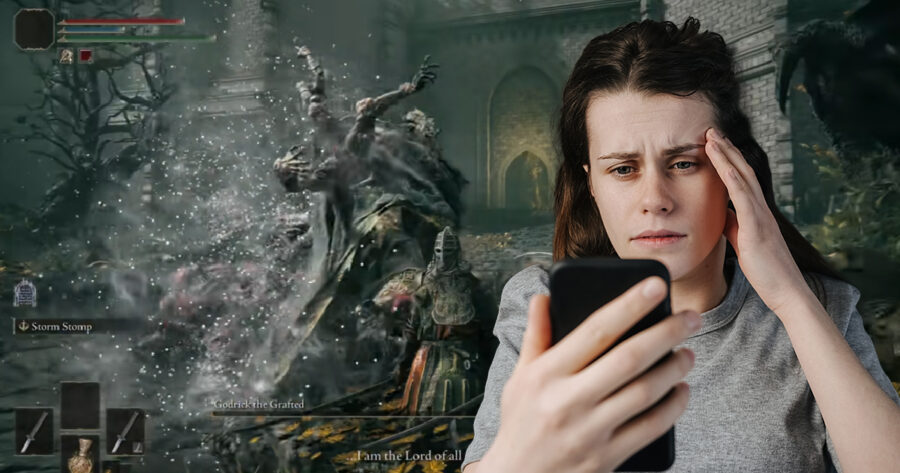 PONTIAC, Mich. — A local gamer was reportedly spotted frantically trying to catch up on the current events of the world while taking her first waking break from popular RPG Elden Ring since she started playing it 72 hours ago.

“Fuck man, there’s been some serious shit!” said Rachel Walters, scrolling through her phone while microwaving several burritos. “I didn’t realize how much time had gone by since I started playing. All I’ve really done is ride my horse around, play with a few different weapons, and die on a boss a few times. It’s been the best three days of my life. Now, what’s going on in Ukraine, again?”

The inadvertent lack of information wasn’t without precedent, as friends of hers confirmed.

“Yeah, she gets sucked into these games so bad,” said Anthony Call, a close friend of Walters’. “I remember when Skyrim came out, she straight up lost track of what month it was and never reported for her seasonal job at the Christmas tree farm. Dumb asshole got fired by her dad for that. Honestly, with Rachel, it’s best just to let her play her games and not expect her to be aware of what’s going on in the world or just, you know, her immediate area.”

“I wish my daughter could keep her head out of her ass and in reality,” said Joe Walters, Rachel’s father. “I texted her asking what she thought of this crazy Russia situation and she told me she wasn’t following the Olympics. I hope she somehow gets drafted. She knows fuck all about the real world but told me she knows three different ways to kill something called Margaret the Fell King. How is that going to help her in any real way?”

As of press time, Walters said she was confident that if a relevant enough news event happened that someone would leave a message about it on the ground in Elden Ring.