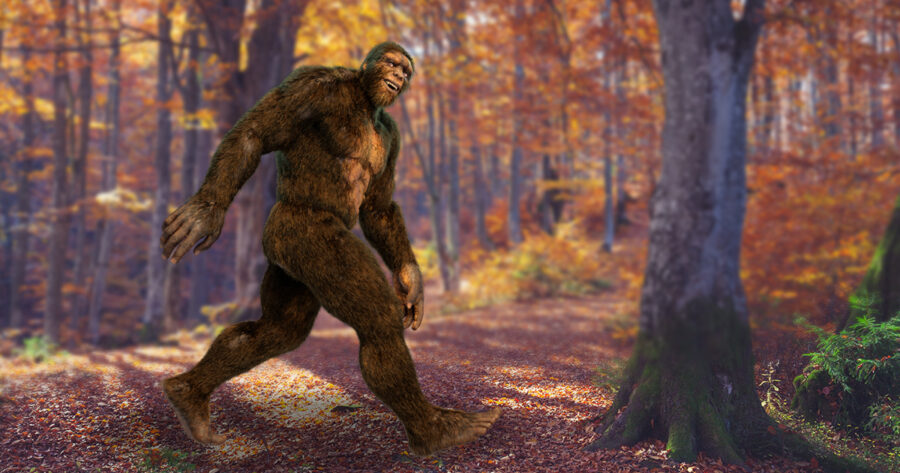 LONGVIEW, Wash. — Gamer cryptologist Emma Donovan claimed she saw Bigfoot in the woods this morning, but was only able to get footage at an unwatchable 1080p resolution.

“I got back home and watched the video, and I realized it was useless. Nobody is going to believe my story if this is all I have,” said Donovan about her footage of Sasquatch picking an apple from a tree, cleaning it in a stream and eating it over the course of five minutes. “You can’t even see the individual hairs on his arms! It totally breaks the immersion.”

“You just give people a little something to start with, and their imaginations take it from there. Like that black silhouette of the Loch Ness Monster, or in this case, a video of Bigfoot where I guess we’re just supposed to trust that he has eyelashes? Because I sure don’t see any,” said Dr. Terrance Fuchs after watching the end of the video, when Donovan asks the creature if he is Bigfoot and receives a thumbs up. “There’s basically nothing here.”

Forensic experts examined the footage and found no evidence of tampering, meaning that 1080p was likely the native resolution, leaving no room to upscale.

“It was shot on an iPhone camera, which suggests whoever filmed this piece of trash might have been a mobile gamer. That’s consistent with the scientific consensus, which is that mobile gamers make everything look like shit for the rest of us,” said chemical analyst Patricia Duff. “If they had shot this on PC, we’d have our first real proof of Bigfoot.”

In defense of Donovan’s footage, the Bigfoot Field Researchers Organization issued a statement insisting that 1080p was actually fine, and had a certain charm to it, actually.