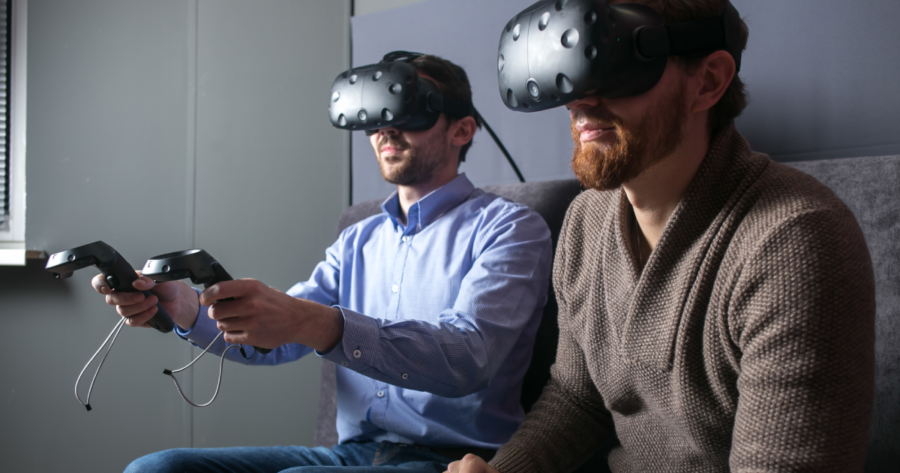 PITMAN, N.J. — Following a lengthy installation process, local gamer Zach Larose has finally beaten a game on his new VR headset, which took significantly more time to set up than it took to complete the game itself.

The long procedure began as soon as Larose brought his newly purchased HTC Vive home to his one-bedroom apartment. Upon reading the installation guide, Larose quickly realized that he would need to remove all of the furniture from his tiny living room in order to clear enough space to even use the headset.

“I thought I could just plug the thing in and play,” Larose recounted. “But suddenly I was doing a big puzzle, moving everything I owned around so I could find a place to set up the base stations. It was like what I imagine playing Tetris Effect will probably be like when I’m finally able to play it.”

Things got more complex as he started dealing with the Vive’s Link Box. Larose’s apartment quickly became a wasteland of USB and HDMI cables, half of which weren’t even connected to anything.

Despite successfully getting the Vive to turn on after 4 hours, the situation only worsened once Larose finally put the headset on. He spent several hours struggling to calibrate the image, completely unaware that the sun had set while he was wearing the headset.

One of Larose’s neighbors recalled hearing the commotion continue into the early morning hours: “I had no idea what he could possibly be doing in there. I just heard him crashing into the wall and vomiting all night. Is that supposed to be fun?”

After a full 24 hours, Larose was finally able to use the Vive to play the game he bought it for: Ford v Ferrari: The VR Experience, which he completed in 15 minutes. When asked how he liked the game, Larose shrugged and said it was “kind of interesting.”