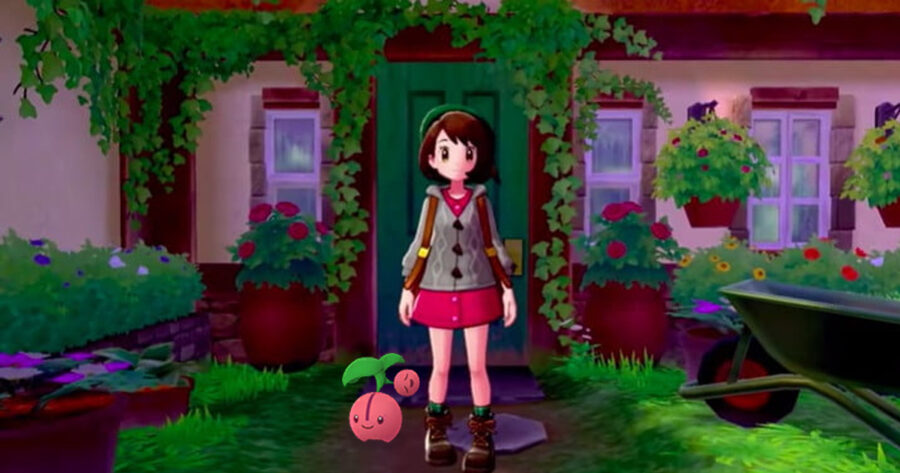 GALAR — Mina Fielding has joined the increasingly popular vegan lifestyle, vowing to help fight climate change and animal cruelty by avoiding all meat and dairy products and only consuming the flesh of plant-based Pokémon.

“The meat industry is responsible for the cruel deaths of countless creatures, and it also greatly contributes to climate change,” said Fielding, a fledgling Pokémon trainer and freshman sociology student. “So I’m doing my part by only eating plant-based foods, like vegetables, soybeans, Glossifleur, that kind of thing.”

Fielding reportedly watched the first ten minutes of a documentary about the meat industry before deciding to stop eating meat entirely. Products like the Beyond Burger and the Impossible Burger have made transitioning to a plant-based diet much easier for longtime meat-eaters, but Fielding said she didn’t want to eat anything that even tasted like meat.

However, she does still prefer to eat food with eyes, voices, and the ability to suffer.

“After a while you don’t even miss meat anymore. The idea of eating a Miltank burger, for example, just sounds disgusting,” Fielding said, biting into a screaming Oddish.

Many meat eaters insist that fish and fish-like Pokémon don’t feel pain, thereby making the farming and eating of those those creatures ethical. Fielding and other Galarian vegans claim that argument is a fallacy, and that eating plant-based Pokémon is the only choice for those concerned about animal welfare and the environment.

“People can make as many excuses as they want, but the truth is that meat is murder,” said Fielding, opening a plastic bag of Cherubi, releasing their cries of agony into the air.

When asked if consuming ghost-type Pokémon would be ethical, Fielding responded that she wasn’t sure, but, if it is even possible, she would be open to trying it.