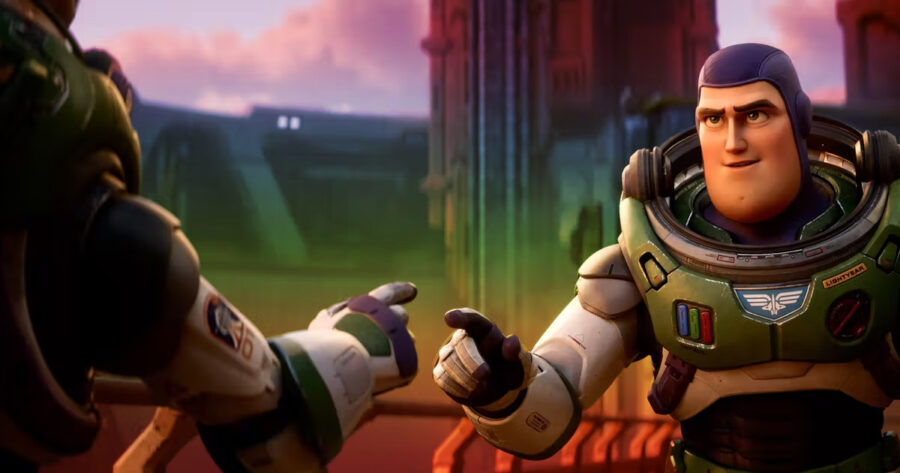 LOS ANGELES — The new Pixar film ‘Lightyear’ recently came under fire when the Chinese cut of the film edited out a gay kiss for audiences. To compensate, Disney appeased outcry by adding over a thousand gay love scenes into the French edition of the film.

“In the French version, I don’t even think we establish Buzz as a space ranger until 40 minutes in,” said voice of the titular Buzz Lightyear Chris Evans. “It’s a black and white drama about several homosexual couples in romantic disarray. It’s stunningly beautiful, and when I recorded some of the lines with Taika Waititi, we both were weeping by the end.”

“I thought it was a little weird how many cigarettes Buzz smokes in the movie, you know, because it’s a kid’s movie,” Evans added. “But apparently it’s actually healthy for them over there. Weird country.”

“We owed the world this one,” Chapek said. “It’s important we play both sides so Disney can still appeal to everyone. So if ‘Lightyear’ is a chaste, family movie in China, in France it’s going to be, to use the industry term, a ‘Fuck Fest’. Strap in, folks, because Buzz Lightyear’s space suit comes off, and it’s all purple down there, baby. This was French Andy’s favorite movie as a kid.”

Pierre Ledoux, a French moviegoer, said the film turned over a new leaf for cinema as a whole.

“I’m not usually a Pixar fan, but this movie inspired me to reach out to my lover and try to make it work,” Ledoux said. “Mr. Lightyear, he is so passionate and tender, I never knew an action figure could be so sexually awakened. He loves, he loses, he recovers, all in a two hour animated romp.”

At press time, Disney announced that Buzz may either remain openly gay or renounce all sex entirely in the future, depending on which audience box office does better.