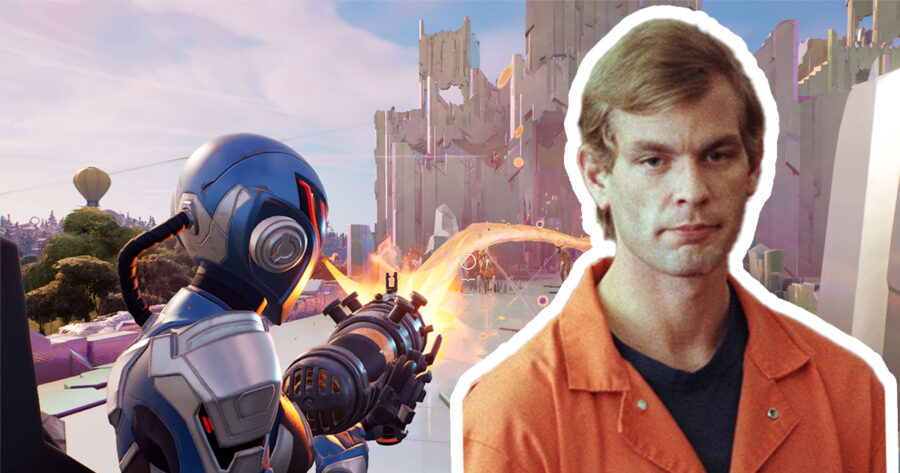 CARY, N.C. — Fortnite’s new Jeffrey Dahmer cosmetic is becoming increasingly popular, worrying developers and psychologists, according to those familiar with the situation. The skin, which comes with a severed leg for a pickax, was made to coincide with the popularity of the Netflix series about the notorious serial killer. Since its addition to the Fortnite shop, it has become the most-used skin in the game’s history.

“Look, we had to add a Jeffrey Dahmer skin. Every TV show character and movie gets a skin whether we like it or not, but we just figured most people wouldn’t buy it — like all those Jonesy ones,” said a Fortnite developer who wished to remain anonymous. “Even I thought it was a little on-the-nose that it came with literal alternative skins of his victims, but I get that we have to give people a little something extra if we’re gonna charge $20. It’s just weird that everybody is wearing this thing. Like if you pop into a game, it’s 90% Jeffrey Dahmers running around with assault rifles. I know we’re the ones who added it to the game, but it freaks me out that so many people are actually using it.”

Psychologist Dr. James Key explained that the trend may have concerning consequences.

“At first I thought it was just gamers living out their fantasy of murdering one of humanity’s most vile serial killers and I thought it was a little odd, but ultimately wholesome in a sort of twisted way. But then I interviewed a handful of players and every single one of them said they were playing as Dahmer because he is ‘cool’ and ‘hot.’ Most players associated him in a sort of way that they do The Joker, who you may know is actually the clown prince of darkness. This is very concerning,” Dr. Key said.

“It worries me what might come from this trend. It’s one thing for children to pretend to be Superman or Darth Vader, but it’s very different to pretend to be Jeffrey Dahmer,” Dr. Key continued. “I’m very nervous that kids all over the world are going to begin idolizing the serial killer, dressing up as him, and trying to build forts from which to shoot at people in their neighborhood. It is a very real and likely possibility.”

At press time, Fortnite developers attempted to lighten the mood of the skin by granting users who play with it a special silly little dance.