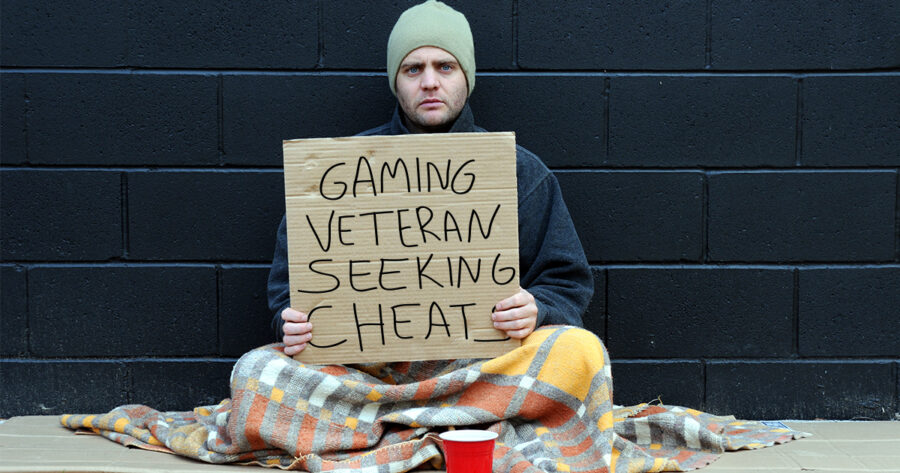 Facebook0Twitter0Reddit0
X
BY The Hard Times Staff ON June 15, 2018

LOS ANGELES — Dave Albertson, once considered video gaming royalty during the height of the cheat code era, has reportedly been seen begging for tips and tricks outside of this year’s E3.

Albertson, who founded the once-influential Cheat Code Central, a hub in the early 2000s for everyone who needed to know “rosebud” or “Up Up Down Down Left Right Left Right B A Select Start,” was in very rough shape according to those who he begged for tips.

“All of his clothes were tattered and that kinda uniform brown/tan color where it’s unclear if they started that way, but are just covered in filth,” IGN writer James Farlough said. “He offered to ‘suck me dry’ for a cheat code to put on his website. Do cheat codes even exist anymore? Shouldn’t he just list easter eggs at this point? It was sad seeing him like this, he used to be my go-to guy for Big Head Modes.”

A Hard Drive reporter approached Albertson for comment but was met only with a story about needing 76 cents for the bus and an offer to “make it worth your while” if we had any “tips or tricks for the new ‘Fort Knight’ game.”

“We’ve asked this man to stop bothering people in line several times,” Katie Harris, a floor director at E3, said. “It’s very important to support sex workers, but looking for tricks right here at the entrance of the event is a little much.”

Some attendees disagreed with convention officials asking the man to leave. One, Adam Carl said, “I traded a fake PUBG cheat code for a rub and tug and what it told me about myself was better than anything revealed at this convention.”