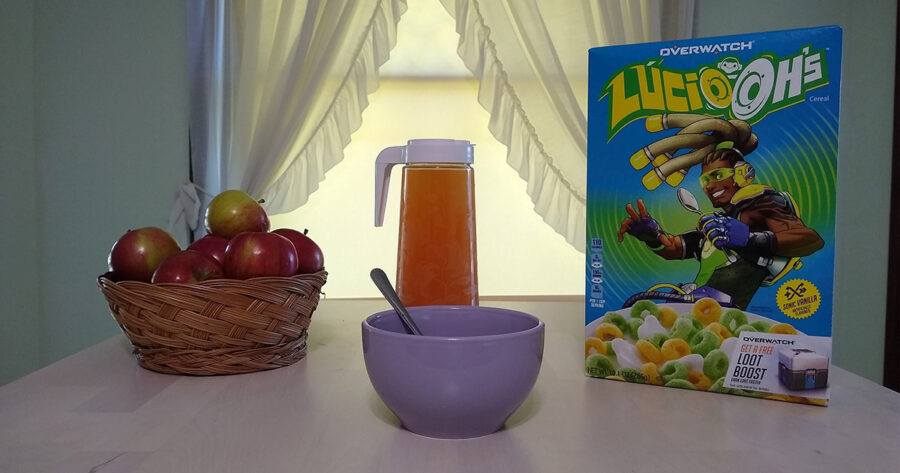 BATTLE CREEK, Mich. —  Following criticism of the Overwatch themed breakfast cereal’s initial release, Kellogg’s announced that their Lucio Oh’s cereal has received a massive update this week to ensure that it’s part of a well-balanced breakfast.

“We heard our customers’ feedback that the yellow oh’s needed to be nerfed, so we’ve reduced their flavorfulness by 20 percent,” said Kellogg’s marketing representative Linday Carrothers in a prepared statement. “We’ve also increased the hitboxes on the green oh’s after hearing many reports that they were a choking hazard to small children. There are various other minor updates that make version 1.1 of Lucio Oh’s a huge improvement over the vanilla edition. And just to clarify, they are still vanilla flavored. We wouldn’t mess with that.”

“I’m so relieved they patched out marshmallows in this build,” says mother of two Wendy Larson. “I really didn’t want to have to nerf my kids’ sugar intake myself, but I couldn’t just change cereals.”

Although the reception to this news was generally positive, some negative comments have been voiced online by a small but vocal group of fans.

“The goddamn cereal was perfect the way it was,” says avid cereal and Overwatch fan Matt Skelton. “This is going to fuck with my entire breakfast meta. I need to head to CostCo as soon as I can and figure out a new loadout from scratch.”

Kellogg’s executives were surprised but encouraged by the enthusiastic response to the cereal’s update.

“We weren’t expecting this kind of response,” said Kellogg’s CEO Steve Cahillane. “No one even seemed to notice when we pulled ‘Battleborn Bunches of Oats’ from shelves.”