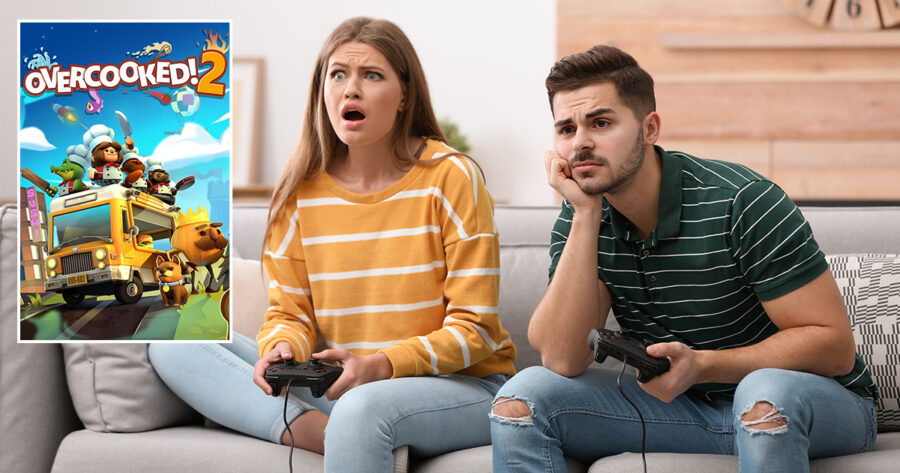 CHICAGO — 27-year-old Jimmy Pryor downloaded the popular party game Overcooked 2 onto his Nintendo Switch which he shares with his girlfriend, Natalie Paige, with an ulterior motive, according to those familiar with the situation.

Despite being open with his friends, Pryor has kept coy with his girlfriend who does not suspect anything about the choice of game to play together.

“I can’t wait to play!” remarked Paige with an optimism she would grow to regret. “Jimmy’s been so distant lately. I’ve been trying to spend more quality time with him, go on walks, having a date night, or whatever — but he’s always turning me down. I was so excited when he came to me with something new for us to try. Jimmy knows me so well, too; I take cooking stuff very very seriously. So this is going to be a blast!”

Sensing a trend, the developing studio behind Overcooked 2, Ghost Town Games, has laid out a list of ideal strategies for the game on their website along with a number for a couples therapist.

“Success in Overcooked relies on effective communication and adapting to change,” stated Phil Duncan, founder of Ghost Town Games. “Commitment to your partner’s needs and goals is how you win. It is a game that should be avoided at all costs by young couples in a struggling relationship. I really can’t stress that enough. My girlfriend and I playtested the game a ton before it came out. We’re not dating anymore.”

At press time, friends of Pryor have confirmed that he has been practicing Overcooked’s solo mode and as well as practicing real life cooking’s solo mode.