FDA Warns Stephen Colbert Has Been Watered Down to Unsafe Levels 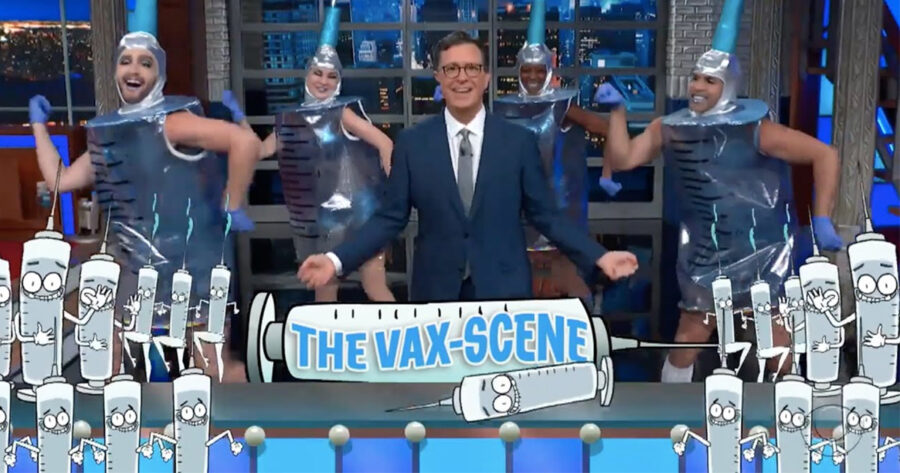 SILVER SPRING, Md. — The Food and Drug Administration has concluded a study on the dilution levels of television host Stephen Colbert and warned consumers to stay away from any ingestion of his generic, ineffective brand of late night television comedy.

“The levels of adulteration we’ve seen in Mr. Colbert’s persona are unprecedented,” said Deborah Wall, a researcher with the FDA. “I mean, sure, Leno was a great club comic before The Tonight Show, but that was a pretty natural progression, one standups dreamt of for generations. Not exactly the same thing as one of the great satirical voices of the 21st century being reduced to asking Chris Pratt what he likes on his pizza. We can’t in good faith recommend anyone looking for a healthy dose of topical comedy to ingest a segment of his.”

When alerted of the federal warnings relating to his content, Colbert grew defensive of his recent output.

“There’s no way around it, I was giving America a nice sweet 22 minute bullion cube of comedy every weeknight for 11 years,” said Colbert. “I’m older now, and I do twice as long a show for four times the size of the audience. If you think I can still construct every joke and sketch we do with that much care, well then, I have some sad news about the way comedy is produced in this country. It’s all watered down, and for the FDA to single me out is incredibly unfair. I suspect that walking Cheeto had something to do with it.”

Bizarrely, despite the one-on-one conditions of the interview, a mysterious ovation was heard after Colbert’s jab at former president Donald Trump.

Following the FDA’s warning, many have come forward and claimed that the allegations explain a lot of their loved ones’ recent behavior.

“Oh no, I think my dad watches that shit,” said Connor Rowland, who grew concerned after reading the FDA’s warning. “We used to be able to have nuanced, non-partisan conversations about current affairs and whatnot. But now whenever I bring something up, he just rolls his eyes and cracks a joke about Mike Pence or Covfefe. It’s really troubling. He told me he’ll watch John Oliver on the weekend if he doesn’t have to get up early in the morning, but mostly just sticks to this decaf stuff these days. Poor guy. The media is just filling his head with all kinds of lies about what’s funny.”

As of press time, the FDA clarified that it was completely appropriate to use The Late Show with Stephen Colbert to treat cases of insomnia or if your horse has worms in it.