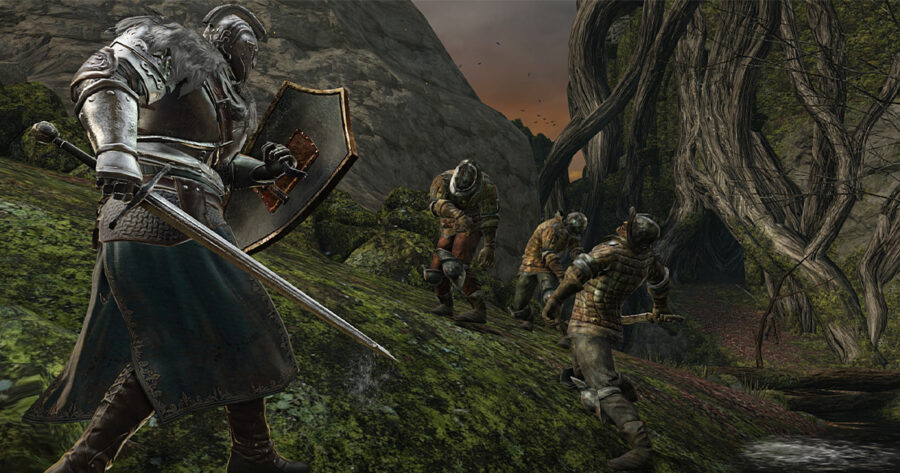 Calling all Dark Souls fans! You’ll want to sit down for this: we have uncovered a huge announcement regarding the hit medieval video game, and it is nothing short of astounding. If you loved the punishing, crushingly difficult 2010 game, you’re about to lose your shit because yes, it’s true: they made a Dark Souls 2.

That’s right, you heard it here first. Dark Souls fans: roll, do not walk, to your video game retailer and bust out that wallet because Dark Souls apparently has a sequel. While most still have yet to form their opinion on the merits of the game, critics are already calling it “the second Dark Souls game,” as well as “a successor to Dark Souls,” and “the Dark Souls of the Dark Souls franchise,” which is ample reason to hop aboard the hype train.  Feel free to pinch yourself, but you aren’t dreaming.

How is this possible? Experts remain uncertain. What can be confirmed for sure is that after Dark Souls was deemed a shining light in a sea of effortless, boring games of its time, the masterminds at FromSoftware quickly began working on a sequel game called Dark Souls 2’

Have you just got done playing Dark Souls 2 and are sad that there are no longer any Dark Souls games to enjoy? Better hold on to your fucking HAT when you hear what we’re about to tell you next: there’s also a game called Sonic Adventure 2 Battle.