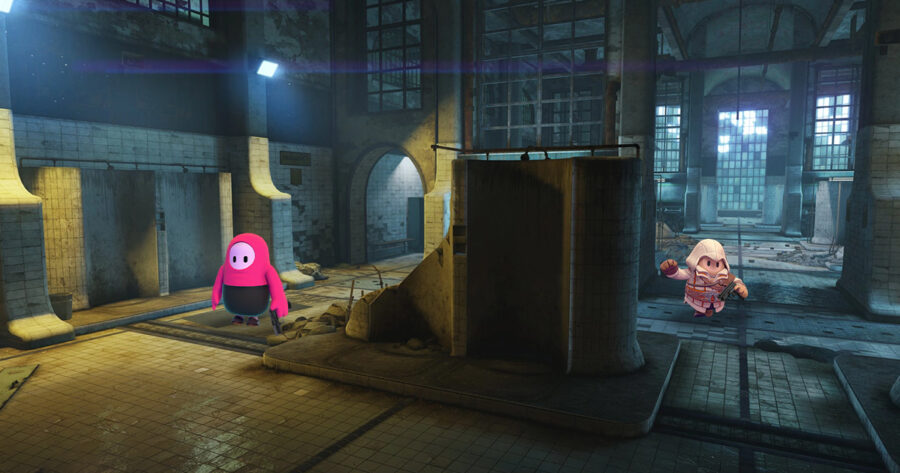 LONDON — Following its successful relaunch as a free-to-play cross platform title, Fall Guys has added a shockingly violent Gulag level that lets players earn the opportunity to re-enter a match if they win a one-on-one fight to the death with another player.

“Wow, that was fucked up,” said Jack Butler, a gamer that’d just experience the new Fall Guys Gulag for the first time. “One of those big hammers got my ass in Slime Climb, and next thing I knew I was being dragged into a grimy room and given a shiv and I stabbed a bean that was dressed like an ice cream cone where I thought its heart might be. Then I got back into round three! Very cool, to be honest.”

The mode was inspired by the similar mode in the vastly popular Call of Duty: Warzone.

“Fall Guys and Warzone might not seem like they have too much in common, but developers are always taking influence from other games,” said Alice Marr, a lead developer at Mediatonic Limited. “Our game is quite light-hearted, and as such, earning a second chance back in after you lose doesn’t feel as unfair as it might in some other games. The fighting to the death takes some getting used to though, I’m being told.”

The new mode proved polarizing, with some applauding the shakeup to the game, and some saying it was a tonal misfire.

“I don’t think I’m gonna play Fall Guys anymore,” said Rory Studemeyer, a longtime Fall Guys fan. “I can handle losing a lot, that’s part of the game, but I don’t want to beat people to death just so I can get back into a round of Tail Tag. It doesn’t really feel the same after that. If they wanted to do a second chance thing, why didn’t they just make a jump rope game or something?”

As of press time, makers of Fall Guys said they planned on keeping the controversial Gulag intact, but would think about removing Sum Fruit on grounds of it being cruel and unusual.