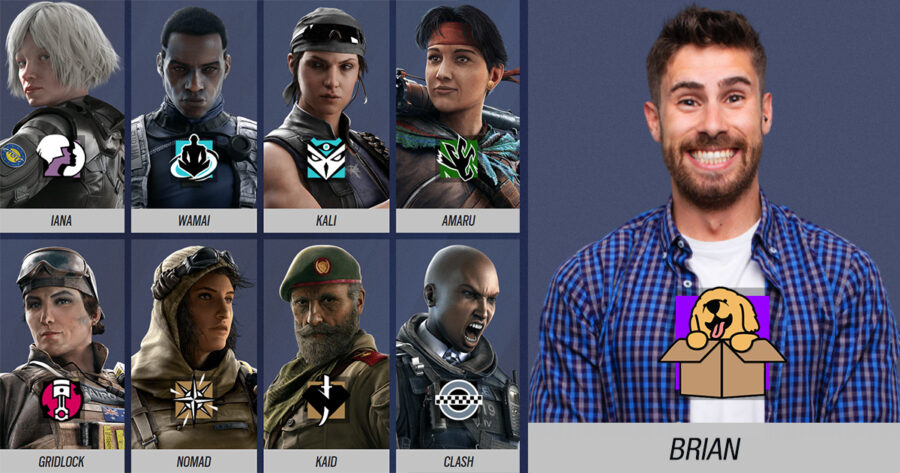 MONTREAL — The latest update to the immensely popular 2015 tactics shooter Tom Clancy’s Rainbow Six Siege will introduce what many have speculated is its most ambitious playable operator yet: some guy named Brian.

“We wanted to give the fans something they haven’t seen yet,” said Jade West, a lead developer with Ubisoft Montreal. “And we’ve had all kinds of spies and mercenaries, just everything you can think of. We’ve been updating this damn game for six years, and we were in the conference room late one night just banging our heads against the wall, when one of the programmers said we should just put his cousin Brian in the game. I think he was joking, but it just sounded so inspired. I said to get Brian on a plane ASAP.”

Gamers dismissed the news of Brian at first, saying it was an uninteresting choice that in no way could stack up to the other operators already in the game, but some who have had the chance to play test the character found themselves convinced otherwise.

“At first I thought Brian was going to be the worst character in the game by far,” said Fern Burton, who worked as a beta tester on the new content. “His khaki pants and cell phone clipped onto his belt make him seem like such a loser. But then I realized, Brian’s a lot closer to me than any of these other people in the game. I like that. I like seeing a normal guy like Brian in there. You probably shouldn’t pick him, though. He has no skills whatsoever and his special gadget is just a laser pointer he tries to get a cat to chase around. But there’s never any cats around. Just bullets. Poor Brian.”

The inspiration for the game’s newest character was thrilled at his inclusion in the game.

“Oh my god, I still can’t believe this is real,” said Brian, who will be the first new operator to debut as part of the game’s upcoming 24th season. “We all dream of being in a video game one day, but who thinks it’s actually going to happen?  I don’t really play shooters, so I won’t be checking it out, but gee whiz, just to be put in there is so hot doggin’ neat!”

As of press time, Brian is rumored to be heavily featured in the upcoming Prince of Persia: The Sands of Time remake.