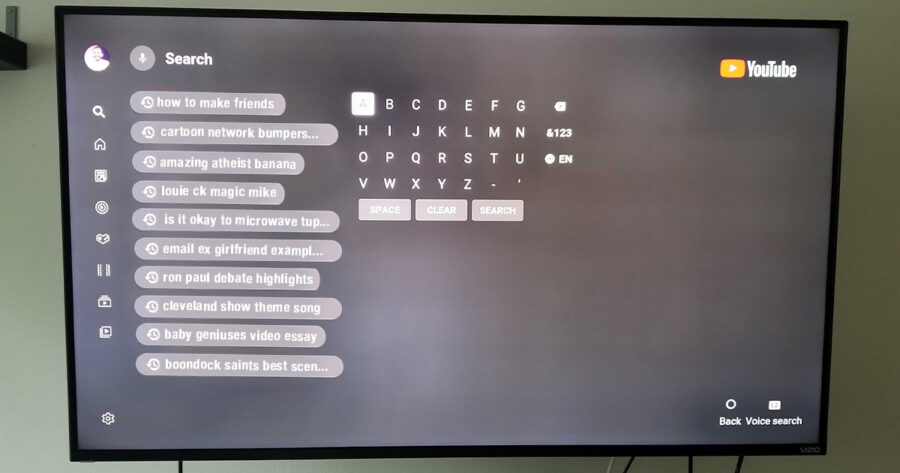 DUNEDIN, Fla. — In an effort to keep the ongoing hang chill for everyone involved, the friends of local gamer Juan Espinosa all silently decided Tuesday night to ignore his alarmingly visible YouTube history as he searched for a music video on his PS4’s YouTube app.

Espinosa, whose recent searches included windows into his fragile psyche like “how to make friends,” “cartoon network bumpers early 2000s,” and “colin jost michael che lie detector vanity fair,” was seemingly completely unaware that his friends could see the 10 most recent depraved phrases he had typed into the YouTube search bar — and his friends intend to keep it that way.

“I want this hang to stay comfortable and judgment-free,” said Ellen Soice, one of Espinosa’s concerned friends. “So there’s no way I’m going to comment on the fact that Juan recently searched ‘zoobooks commercial 10 hours infinite loop.’ Does he use it to fall asleep? Maybe it helps him focus at work? I don’t know, but it’s not my business, so I’m not gonna find out.”

The collective effort not to point out Espinosa’s eyebrow-raising interest areas — such as “amazing atheist banana,” “jimmy dore force the vote,” and “louie ck magic mike” — served as a sort of bonding exercise for the group.

“I’m honestly proud of us for keeping our mouths shut as Juan slowly — so slowly — typed out the title of the Doja Cat music video we were about to watch,” said Emily Dawe, another concerned onlooker at the gathering. “Especially considering he had searched his own name on YouTube several times in the last few days. He doesn’t even have a YouTube channel!”

At press time, everyone also agreed not to make any comment about the Ouran High School Host Club AMV compilation that kept getting recommended for autoplay after every video.