End of an Era: Man Clicks “Update” Instead of “Remind Me Later” 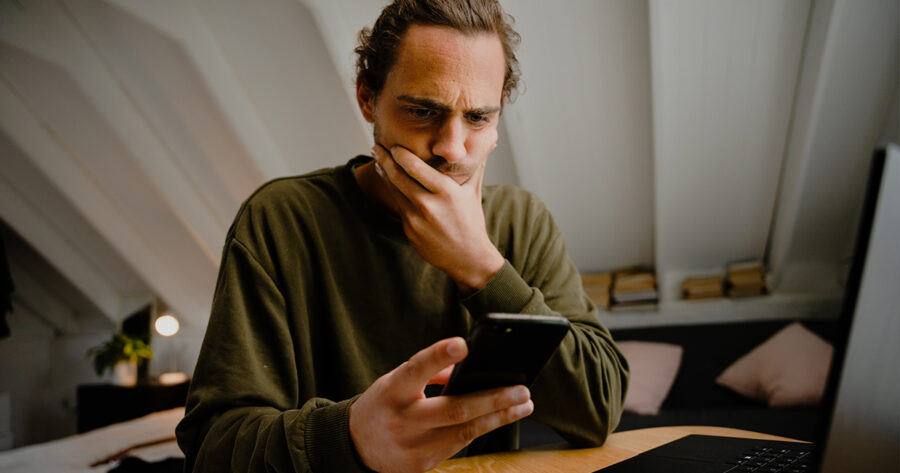 PITTSBURGH — Putting to rest over 8 months of daily urging from his mobile phone, Jake Warner finally let his iPhone X update to the newest version of iOS earlier today, sources have confirmed.

“Yeah, this thing’s been bugging me several times a day since last winter, basically,” said Warner, shortly after beginning the download. “I’m not even that opposed to updating my phone, but like, it always asks me when I’m trying to do something else, or it’ll say it’s going to update overnight and then I guess it chickens out because the next day it’s the same old shit. But I woke up feeling a little different today, like I should take life by the horns, you know what I mean? So I initiated the update myself just after breakfast. I feel like I could take the whole world on today.”

Apple executives insisted that they want the updates to be as convenient and painless as possible, despite the overwhelming experience majority of their users have.

“We know how much everyone wants the latest technology, and the operating system of an iPhone is no different,” said Stanley Patton, a spokesperson for Apple. “And furthermore, people want constant updates about arbitrary and esoteric updates available to their devices. All of them. They want constant updates about everything. Imagine if your smart dryer had available driver updates and it didn’t emit a siren to let you know, just imagine that for a second. What a nightmare.”

Many consumers reported the opposite feeling as Warner, saying they appreciate the quickness they’re alerted about new

“Yeah, I can see how it’s annoying, if you don’t have the spare six seconds it takes to just click ‘Update,’” said Linda Nixon, an iPhone user. “Why would you rather spend time every single day clicking “Remind Me Later,” instead of just doing the update once? I mean, I agree that they’re a little intrusive and constant, but usually afterwards there’s some funny new emojis I send to my friends for a day or two. Completely worth the update. This guy will see.”

As of press time, Warner had muted a notification asking him if he’d like to update to the even more recent version of iOS.