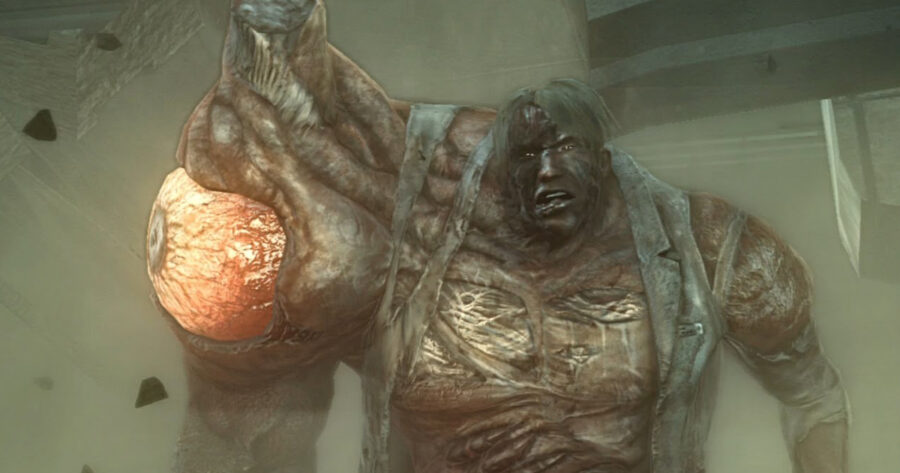 RACCOON CITY — The Raccoon City Health Department (RCHD) recently advised employees exposed to the rapidly spreading T-Virus to continue reporting for work, unless their symptoms included the growth of a giant eyeball on their shoulder.

“Cases where there is no new eyeball growth in the shoulder region can be classified as mild,” said Robert Winters, director of the RCHD. “People without such growth can safely continue to work. We know the T-Virus only spreads if infected people bite others who are not yet infected, and people with mild infections do not do this the majority of the time.”

The RCHD faced severe backlash for this new guidance, but Winters maintained that allowing people with mild cases to work was the only option to avoid total societal collapse.

“Unfortunately, the T-Virus is spreading quite rapidly and has grown beyond our ability to control,” Winters said. “If we were to ask everyone, even those with mild infections, to stay home from work, we could see a potential collapse of society due to the loss of many employees who are essential to keep society functioning. We may have to abandon our goal of completely eliminating T-Virus spread and instead learn to start living with it.”

Jane Redfield, an employee at a Raccoon City weapons shop, stated that she was recently infected by a coworker with a mild case.

“Our boss told Bill to keep coming in after getting infected since he wasn’t growing any eyeballs or anything. He was fine for a couple of days, but you could tell he was getting worse. Then one day, out of nowhere, he bit me,” said Redfield, pointing to a pair of teeth marks on her right calf. “So now I’m infected, too.”

Redfield’s boss would not allow her to take sick time, however, insisting that the weapons shop was an essential business. “He says people need weapons to fight off all the infected people with severe cases,“ Redfield said.

At press time, the RCHD director could not be reached for comment. Phone calls to the department were answered only with various screaming and growling noises.