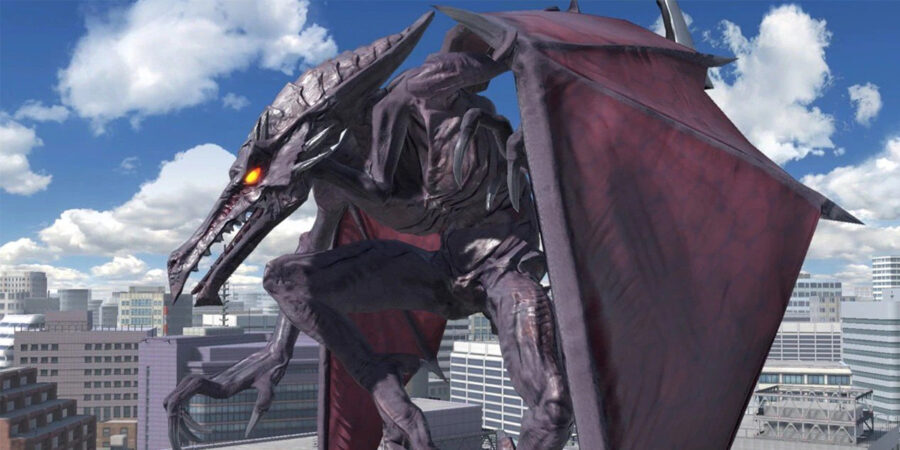 SCHENECTADY, N.Y. — Dragon-like space pirate and Super Smash Bros. Ultimate fighter Ridley assured a teary-eyed man controlling his moves at a local tournament today that his appearance is not normally like this.

“I feel completely cheated,” said an emotional Ben Bransfield soon after losing in the preliminaries. “He looked absolutely nothing like the photos I saw online — his wingspan was easily three inches shorter; I was dead in the water. My friends tried to console me after the fight, but I dunno… these fan-service characters are all the same! I think I’m just going to main my Mii for a while.”

Ridley, however, was not particularly sympathetic, although he clearly had his spiny, nightmarish tail between his legs.

“Look, I tried to explain to this kid that the jump from 16 bit to 3D can be a little deceiving, it ain’t my fault,” said the notorious space pirate as he sat stageside, nervously chain-smoking. “It’s not always about size, y’know? It’s the technique. Jesus, I’m the one that should be offended — that little prick couldn’t even handle me!”

Unprovoked, Ridley was also quick to remind us of his reputation. “Shit, back home? I’m a goddamn legend. You ever play Super Metroid? I was a fucking monster back then, bro. A beast!”

At press time, neither Bransfield nor Ridley could be reached for comment, but tournament winner Taylor Goss had sparing words on the matter. “You want a fighter you can depend on? That’s King Dedede every time. Go for girth. You know what they say about guys with big hammers.” After pausing for a moment, he added, “big dicks.”