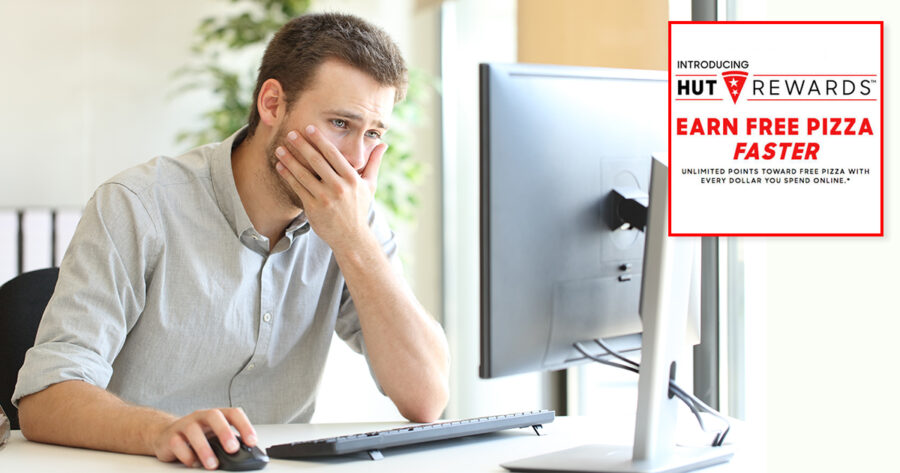 “I like to think of myself as a people person,” stated teh_Bwnz0r, while scanning the “receipts” tab of Spears’s inbox for relevant bank account information. “I see a lot of personal data in this line of work, and there’s a lot of valuable things to steal, but there’s no glory in taking rewards points so I leave ‘em. Even though it is tempting — you should’ve seen how many Hot Topic rewards points the last guy had.”

Troy appeared less than excited about the kind gesture.

“So I got the hacker’s calling card email letting me know that I still have my pizza points, but he did drain all of my bank accounts so he’s not exactly innocent,” said Spears, still on hold with the local authorities to pinpoint teh_Bwnzor’s IP address. “It’s not like I can redeem these points into cash, although I guess I could at least order a pizza while I’m waiting on hold here.”

A spokesperson for Pizza Hut estimates that last-resort food options for victims of catastrophic ransomware theft account for 80% of all Pizza Hut rewards points purchases.

“Generally I don’t think anyone even realizes they have rewards points with us except for the grace of those white-hat hackers out there,” said Thomas Priebe, SVP of Marketing. “I mean, would you get a personal pan pizza for dinner unless you had no other options?”