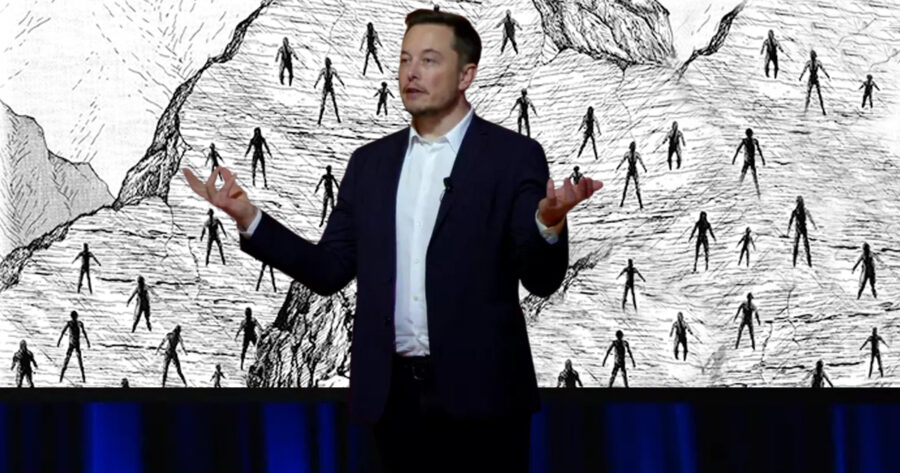 AMIGARA — In a press conference today, Boring Company founder Elon Musk unveiled the latest redesign of his Hyperloop transportation system designed to transport a single person through a purpose-built tunnel.

“This is really the realization of a goal nearly a decade in the making,” Musk told gathered reporters. “Finally, anyone can find their hole in the rock face behind me and be taken to the other side of the Amigara Fault, just as I initially promised in 2012.”

The Boring Company, which originally pitched the Hyperloop as a high speed underground rail system and was then redesigned as a series of tunnels which fit a single Tesla, has reduced the tunnel size to the exact silhouette of individual riders, with no vehicle required. “Some unknown civilization built these holes, and luckily everyone has one that fits their exact body shape,” Musk said. “The savings are enormous. They are epic.”

Testers for the new system arrived in Amigara late last week. One such tester, a college student named Owaki, said he felt compelled to join the team after seeing a news segment on the strange carvings.

“I don’t know what it was,” he said. “But I’ve been having all these strange dreams and I knew I had to come down. I do not want to crawl into the Hyperloop, but I fear I will be unable to stop myself from doing so.”

Still, some detractors of Musk’s claim that using strange ancient rock carvings as a means of mass transit may pose safety concerns.

“You really can’t listen to the haters,” he said. “Many people are constantly hating on me, and I like to think my actions speak louder than any retort I could give. That said, these critics are almost all pedophiles.”

Shortly before press time, the first test of the Amigara Hyperloop was finished. When reached for further comment regarding his experience with the tunnels, the tester Owaki only replied, “Drr… drr… drr…”