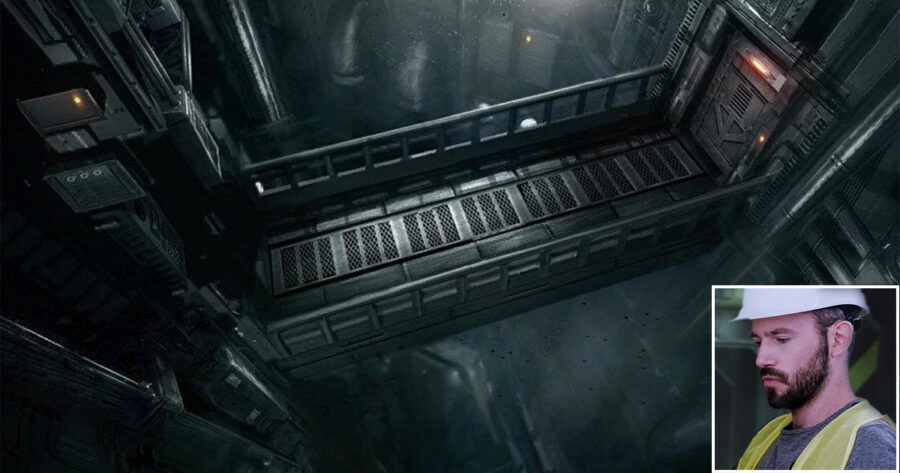 RACCOON CITY — A journeyman electrician wiring numerous Umbrella facilities beneath the city is beginning to think this may not be a job his union is aware of, coworkers have confirmed.

“I didn’t think twice about working a gig for Umbrella when I saw the ad in the paper. I mean, a three-year contract at $50 an hour to install ceiling lights in research labs? Of course, that was before I started noticing the sheer magnitude of the work I’d be doing. I’ve only been doing this two weeks and I’ve already installed seven miles worth of wires beneath the hospital,” said Len Ellis, a member of the International Brotherhood of Electrical Workers. “On top of that, some of these facilities are just plain confusing. I keep seeing all these schematics for areas like ‘combat simulators’ and ‘alligator containment facilities.’ I thought this was a pharmaceutical company?”

The project foreman assured his team that there was nothing to be concerned about, despite the mysterious nature of what they were building.

“Figures these guys get a sweet job and they immediately start bellyaching about long hours and how it’s ‘too dark’ and they ‘can hear screams in the distance.’ Umbrella has done so much for this city, and they have more money than some countries, so if my crew knows what’s good for them they’ll install whatever those nerds want,” said construction engineer William Thomas. “I mean, yeah, the number of observation tanks we’ve installed is a little off-putting, but if I were these guys, I’d be more concerned with the murders in the Arklay Mountains than why Umbrella needs multiple operating rooms in an underground greenhouse.”

Umbrella executives were adamant that the grandiose nature of the construction is for the benefit of mankind.

“We know a project of this magnitude can raise a lot of questions. After all, speculation is part of the scientific process. Umbrella is happy to answer any and all questions contractors may have regarding our state-of-the-art gene therapy research facility,” said lead architect Byron Smith. “These facilities will guarantee we can work with utmost secrecy to bring cutting edge biotechnology to the world. Additionally, we are happy to extend to those working on this project free healthcare and treatments, contingent on completion of the job, terms and conditions, and that they do not notify anyone of their whereabouts.”

As of press time, Ellis had refused to perform any more work until someone gives him a single legitimate reason that the sewer entrance doors need to be unlocked with chess pieces.