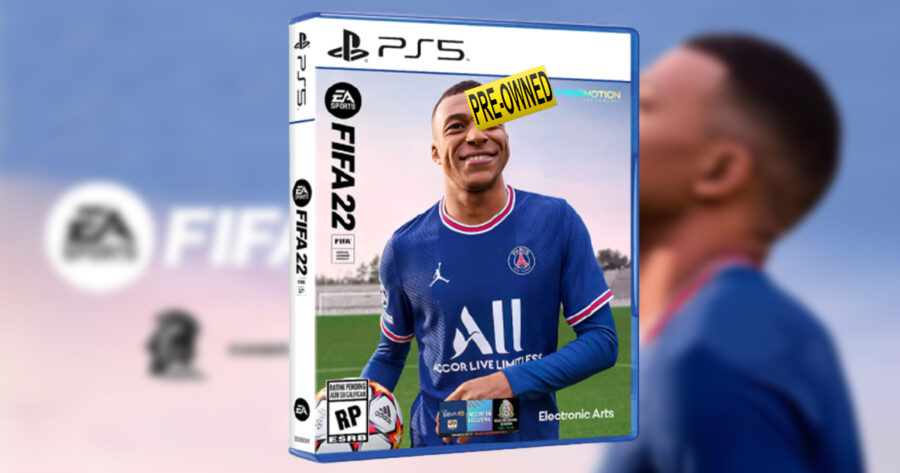 REDWOOD CITY, Calif. — Electronic Arts has announced that their sports games will now have “Pre-Owned” printed on the cover, straight off the assembly line, just to get it over with.

“Look, we’re not dumb. We know where our games end up,” said EA Sports representative Kerry Jensen. “Madden and FIFA get played for one year, maybe two, then spend the rest of their tragic lives on a shelf at GameStop, gathering dust, as their price falls lower and lower into nothingness. So, we figured we’d do GameStop a solid, save them some ink.”

Experts predict the change will reach beyond the cover art of Madden and FIFA, altering our understanding of video games, ownership, and time itself.

“Fast forward to next August. The new Madden comes out. Most gamers decide not to buy it, of course, because it sucks really bad,” said Martha Chaplin, a professor of philosophy at Stanford. “Then, two months later, they start buying it anyway. This always happens. It lasts until April, when the next cover athlete gets announced, and nobody wants to buy the old game anymore. At that precise moment, every single copy of Madden becomes Pre-Owned, like an egg becoming a chicken—they come to embody the truth that lived within them all along.”

When asked how a game can be Pre-Owned if it was never bought in the first place, Chaplin admitted there was more research to be done.

“Those are exactly the kinds of questions we’re asking: Who is this Owner? When is this Pre?” said Chaplin, who just began a two-year sabbatical to study the topic.

EA Sports confirmed that the Pre-Owned label would apply to all new copies of both the Madden and FIFA series, effective immediately. When asked whether it would also apply to their other games, they quickly released a second announcement, saying, “Oh yeah. Those too.”