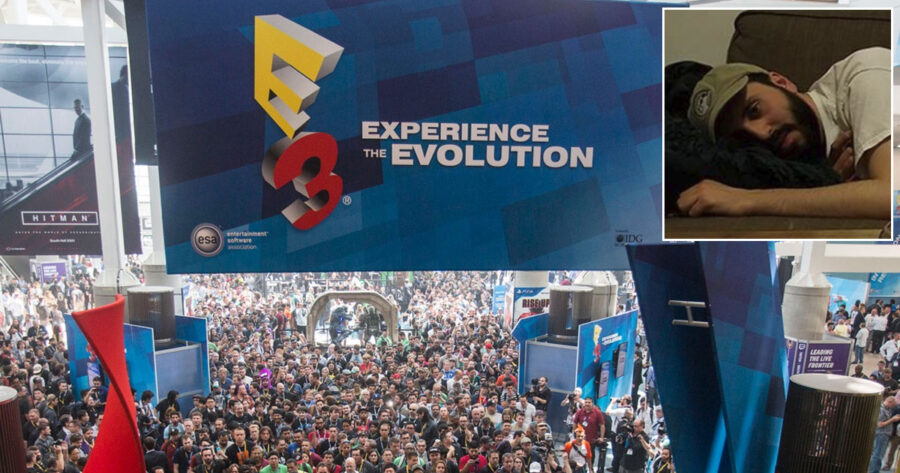 While E3 was once the shining mecca of Video Game Journalism, with the prevalence of new media and direct developer-to-consumer communication there is simply no need for such a lavish and self-congratulatory event that won’t even recognize the legitimacy of a publication such as this. It’s time to let E3 die, an opinion that was not influenced by their repeated refusal to grant press passes to the editorial staff of Hard Drive.

“It’s not even an exclusive event anymore, so it’s not like it really matters,” says Hard Drive Editor-in-Chief Jeremy Kaplowitz, who was definitely not looking forward to playing Super Smash Bros. for the Nintendo Switch at the event. “It’s a huge waste of time, money, and space, and I didn’t really want to go anyway, even if they had let me.”

The expo began offering tickets to the public in 2017, which The Hard Drive staff incorrectly assumed wouldn’t need to purchased, being a recently established entity deserving of media badges.

“Honestly, I guess I can see why we weren’t invited last year,” said Managing Editor Mike Amory.  “We were only a few weeks old. But now we’ve been here for over a year and have definitely made our mark on the video game world.  Google ‘Waluigi Penis,’ and tell me what the first result is. Go ahead I’ll wait.”

Video Game Publishers spend millions of dollars creating hype for upcoming releases at the Los Angeles event, money that many bonafide journalists have noted could be better spent “hooking up,” some really talented writers with tickets and hotel rooms.

“Don’t listen to those guys!” said Managing Editor Mark Roebuck. “E3 is cool and good and if there are still any press passes available I would very much like one, thank you.”

Roebuck was last seen posing as Griffin McElroy from Polygon in an effort to sneak into the convention center.

Ultimately, it’s clear that in 2018, it’s time to leave E3 behind. Hard Drive is committed to fully boycotting the event until their archaic press policy is updated, making exceptions to watch every live streamed press conference as they happen and maybe checking Twitter here and there.