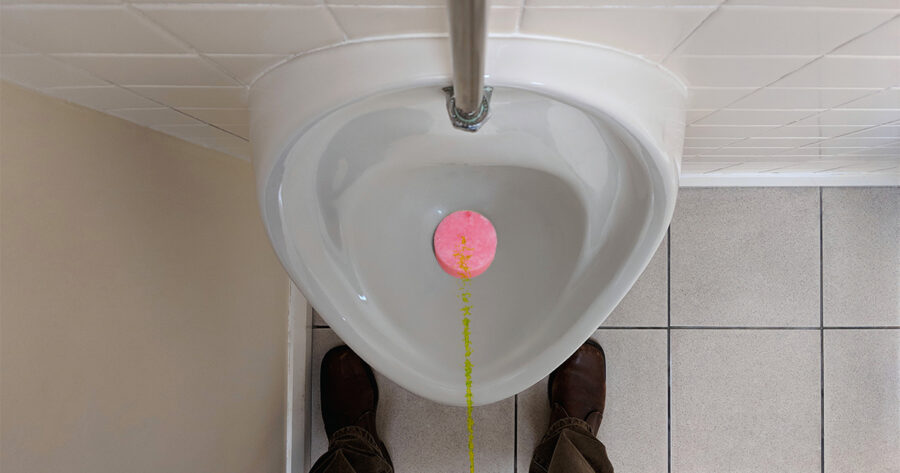 “Look, after a certain amount of Cuervo, you just gotta spray and pray,” said Artie Merle, Round Table Tavern’s new ‘Most Valuable Pisser,’ celebrating the achievement with another drink astride his usual stool. “And when you’re in the bathroom with double vision, you’re dealing with multiple targets, so you just have to aim at one or the other and hope the lag times out right. That’s what I did, and bam: right in the crosshairs.”

Merle says that his girlfriend Gwen Hawke, who is also his roommate and coach, was the one who initially gave him the motivation he needed to attain MVP status.

“We’re really proud of Artie’s performance at the Round Table,” said Hawke. “We’ve worked hard to get him to this level, and I’m hoping this is a sign that we can start to limit his use of aim assist at home, because I feel like only one of us should be washing their hands after he’s done in the bathroom.”

Bar staff members say that the recognition of sharpshooter achievements like no-scoping is meant to encourage patrons to treat the facilities with proper respect.

“We’ve had a lot of problems with friendly fire around here in the past,” explained bartender Larry Dryden. “But we’re always too understaffed for anyone to clean up the piss before it dries, so we’ve had to replace the men’s room floors every few months because of ammonia damage. This new achievement system is simply our last ditch effort to avoid being shut down for massive health code violations, but we’re all really happy that Artie found some self esteem in the process.”

At press time, Merle did not immediately respond to a request for comment regarding his P/P ratio.