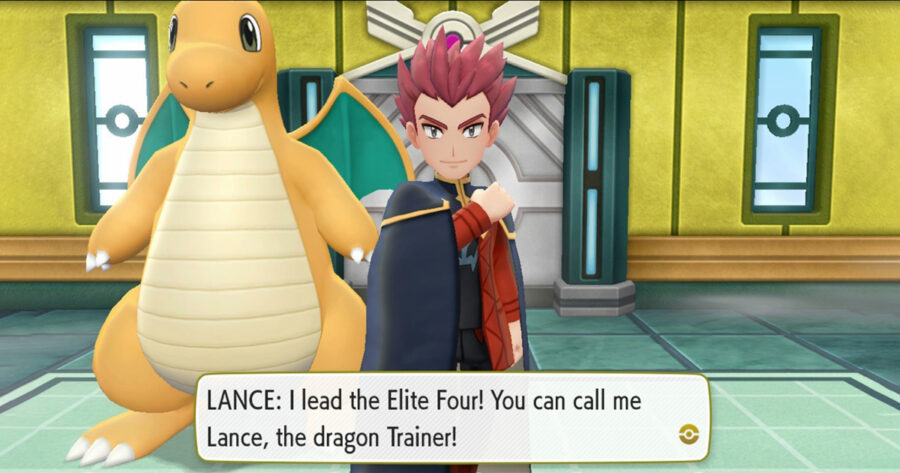 RUSTBORO CITY – Citing the world-renowned Dragon-type trainer and Pokémon League Champion Lance as his primary inspiration, local trainer Branton Altieri has decided to exclusively train Dragon-types, becoming the latest in a wave of young trainers opting to make that the crux of their personality.

“Branton used to be chill, but now all he wants to talk about is his purebred Gible and its IVs, EVs, egg moves, potential for growth, advantageous matchups, and so on,” said fellow Rustboro trainer Frederica Marly, visibly cringing as she explained how Branton now wants to go by the title “Dragon Tamer Altieri.” “He even dyed his hair purple and had a cape custom ordered so he could fit in with the other Dragon Tamers. I don’t want to be the one to break it to him, but a Garchomp isn’t a replacement for a personality.”

“I’ve been late to work twice this week because he’s holed up in the bathroom for hours every morning spiking up his hair with hair gel,” said his roommate Ritesh Yamada, bemoaning how often he hears Altieri practicing what he’s going to say about the “might and majesty of the mythical Dragon-type Pokémon” to trainers unfortunate enough to make eye contact. “I can’t go out to bars with him anymore because he’s always wearing that stupid cape and just won’t stop offering to teach strangers Draco Meteor. Like, dude, your Pokémon don’t even know that move. You just read about it online.”

Many veterans in the community have expressed similar negative sentiments about wannabe Dragon specialists.

“They’re kind of giving us a bad rap,” said Champion Iris of Unova, admitting that she’s considering branching out into training a variety of other types to avoid being associated with the new influx of rookie Dragon fans. “I mean, I get it. My Hydreigon is an absurdly powerful three-headed goth dragon straight out of ancient mythology. She’s cool as hell. At the end of the day though, she’s my partner and I don’t think I’m better than other trainers because of it.” She continued: “I went to a Dragon Tamer convention one time before I knew about their whole deal and when I tell you it smelled crazy in there…those tailored jumpsuits are simply not breathable.”

At press time, Dragon Tamer Altieri announced his intention to pivot entirely to raising Fairy-type Pokémon after reading on Twitter that Dragon-types “low key fell off.”