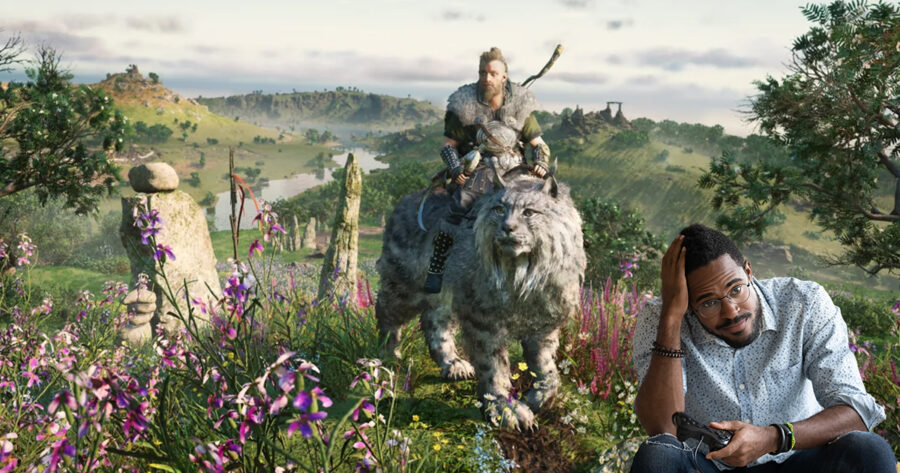 MONTREAL — Reviews have been favorable for the paid expansions to Assassin’s Creed: Valhalla, with gamers praising the vast, colorful new landscapes, dense with chores.

“I was so pumped when I heard about Wrath of the Druids. I’ve always been fascinated with Celtic warriors — specifically the kinds of rote tasks they did, over and over, to gather materials so they could get new weapons and armor they weren’t going to use anyway,” wrote Metacritic user Teresa Serrano, who gave the expansion a 10 rating. “Finally, I get to experience that relentless grind for myself. It’s like stepping into a history book.”

“When I found out I’d be able to unlock a trade post by clearing a camp of enemies and retrieving an item, Wrath of the Druids was an immediate buy for me. It’s a whole new way to play the game,” said local gamer Kris Goodwin, rubber-banding his controller to keep the resource timer running overnight. “That’s to say nothing of the pigeon coops, which let me earn resources by clearing out camps of enemies and retrieving items. That was a huge surprise. I’m sure Siege of Paris has even more twists in store—I just need to unlock every single item and collect every single resource in Ireland before I move on.”

However, there was slight criticism of Siege of Paris for being too confusing, particularly with respect to the Rebel Missions feature.

“I can appreciate that Ubisoft wanted to get ambitious with Siege of Paris, and I applaud them for that. But I think the Rebel Missions are too much change all at once,” said YouTube personality Vinny Henson in his video review. “Having to pick up new quests, follow the marker to the enemy, kill them, then leave the area—it’s just way too complex.”

Expectations remained high for the Dawn of Ragnarök DLC in March 2022, in which players will venture to the mythical dwarven realm of Svartalfheim to do chores.