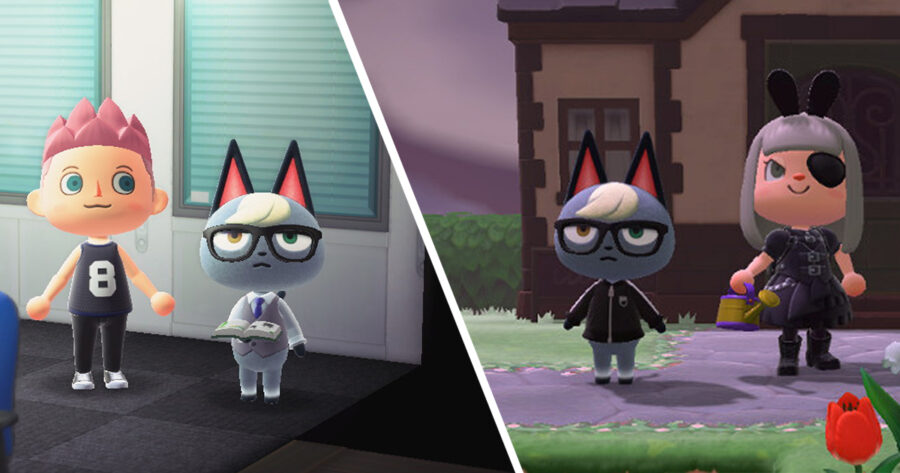 RIDGEWOOD, N.J. — After hours of mediation, divorcing couple David and Sophie Keller have finally found middle ground as they have agreed to share joint custody of Animal Crossing villager Raymond, sources close to the couple have reported.

“I created this island as an escape from this marriage, and one day without asking, Dave just made a character and pitched his goddamn tent while I was sleeping,” said Sophie Keller. “I was saving that spot for a garden, but of course he never asks permission. He just does whatever he wants. I’ll give that asshole credit for one thing, and that was inviting sweet little Raymond to my — sorry, our — island. But that doesn’t change the fact that Ray and I have a special bond, which is why he only comes to me to learn new catchphrases.”

According to those familiar with the situation, David Keller remained adamant throughout the mediation that he only has Raymond’s best interests in mind.

“She’s clearly trying to keep Raymond away from me and fill his head with her own ideas,” said a frustrated David Keller while angrily placing furniture items into his pockets one by one. “I’m the one who ventures out to the islands each day to mine resources while Sophie just sits around planting and replanting flowers. Also, is anyone even going to acknowledge that the Switch and literally every game installed on it is mine? Why would I walk away and turn that over to her?”

The family’s attorney, Ross Johnston, says that after hours of mediation, an agreement has been made.

“Keller Island, along with Raymond, will be transferred to a Switch Lite which the parties will exchange to each other at the Grover Cleveland Rest Area on the New Jersey Turnpike every Friday evening,” said Johnson. “Neither party may download any other games onto the system, and both parties must contact a mediator should they want to change Raymond’s catchphrase or offer him clothing. I can’t believe anyone would spend $900 establishing these rules over a $60 game, but there you have it.”

As of press time, the couple once again came to an impasse as they could not agree on which would be forced to hold onto Pietro.