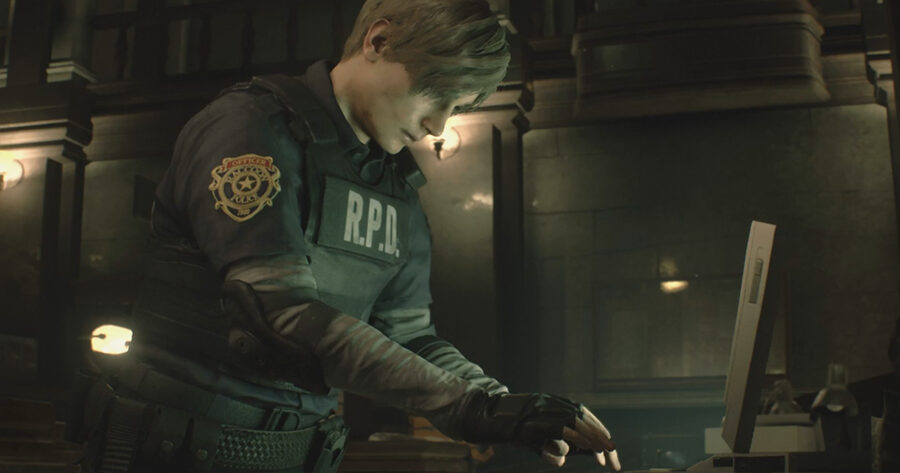 RACCOON CITY — Following an official review of bodycam footage that was leaked to the public earlier this week, terminated RCPD officer Dennis Montgomery has reportedly turned in his gun, badge, and like 30 or 40 potted plants he had stacked up in his locker.

“I’d like to apologize for my actions shown in the videos in question,” said Montgomery, who turned in five boxes of potted plants along with other accouterments related to the job . “Police officers are not above the law, and as such, should not run around town smashing every last box and barrel they spot to see if there’s any grenades or health sprays inside of them. For too long I have awkwardly shuffled through these city streets like the rules don’t apply to me, and it’s about time that they do.”

Montgomery was dismissed early this morning after days of public backlash mounted, prompting him to turn the shitload of potted plants he’d been hanging on to in case he needed one day.

“It’s not the first time I’ve seen it,” said Brian Irons, Raccoon City Chief of Police. “Of course, I have seen so many things here that most of it doesn’t even make sense to me anymore. I gave all my statements and filled out the proper paperwork at the time, but I think back to everything that’s happened here, and I can’t make fucking heads or tails of it. So yeah, ultimately this guy forking over three dozen plants barely registers for me. I’ll be lucky if I don’t have a tentacle by lunch.”

The decision to terminate Montgomery was made after several pleas by those who have been affected by his behavior.

“I was furious when he ransacked the inside of my shop and took all my spare machine gun bullets,” said Ethel Longthorpe, who owns and operates Ethel’s Diner on the edge of town. “A lot of people came to his defense and said he shouldn’t be fired, just because he killed that giant alligator with a chainsaw in the middle of town that time. But I think his dismissal was ultimately the right decision, regardless of his prior service to the community. His unethical hoarding of local vegetation attests to that.”

As of press time, Raccoon City Chief of Police Brian Irons had begun sprouting a tentacle.