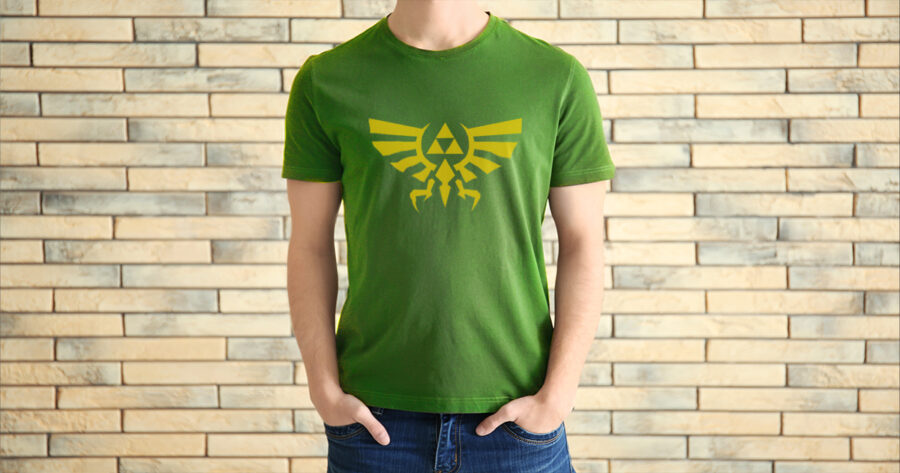 KANSAS CITY, Miss. — A local poser in a tri-force shirt reportedly couldn’t even name three things Link has said in the iconic Legend of Zelda series of games, outraged witnesses have confirmed.

“I’m glad we laughed that phony bastard out of here,” said Anthony Gibbons, one of many regulars inside Steve’s Comics & Cards that ganged up on the man in the Zelda shirt and urged him to leave immediately. “He kept insisting there was a mistake, but I maintain the only mistake was that there was such a loser in here in the first place.”

“I mean, it’s one thing if you don’t know about video games,” he continued. “But don’t come in here wearing a Zelda shirt if you clearly don’t know anything about it. When I asked him to say one of Link’s famous quotes, he just made a weird exasperated ‘hyuh?’ sound. It was embarrassing.”

The buffoon, who was reportedly shopping alone and minding his business, first caught the attention of a fellow shopper that frequented the comic book store yet didn’t recognize him.

“I saw this guy standing there, wearing a tri-force shirt, looking at the graphic novels,” said Wil Waters, who spends an estimated 30 hours a week in the store. “I’ve never seen him in here, so already I was a little hostile, you understand. I sized him up and asked him an easy one at first, ‘What’s the name of Prince Zelda’s sword?’ but the way the idiot looked at me, you could tell he had no idea whatsoever how to respond. What an absolute fucking moron.”

Despite the man in the Zelda shirt’s wishes to pay for his purchases and be on his way, the impromptu pop quiz continued.

“That guy was an idiot and no kind of customer that I want in my store,” said Steve Fields, owner of Steve’s Comics & Cards. “He couldn’t say any Link quotes, didn’t answer a single timeline question correctly, and to top it off, he’s never even seen an episode of the cartoon the whole series of games is based on. Excuuuuuuse me, asshole, but get outta my store!”

As of press time, the guy in the Zelda shirt was reportedly the store’s last (would be) paying customer of the day to enter Steve’s Comics & Cards.