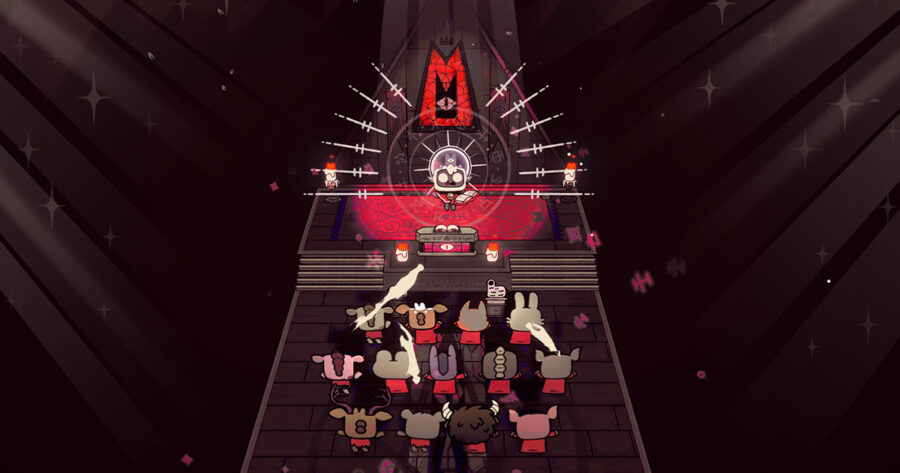 It’s well known that religion provides a sense of community, mental well-being, and moral principles to many people. But Cult of the Lamb, a new game from developer Massive Monster and publisher Devolver Digital, flips this concept on its head by speculating that religion could be used to justify bad behavior — like controlling and dominating others. Hard to believe, for sure, but Cult of the Lamb crafts such a deliciously spooky narrative that, after playing the game, you might actually believe that extreme religious beliefs could affect someone’s life!

According to the developers of the game, it took a long time to circle around such an outlandish premise.

“We started with something simple, like talking animals. That was really easy,” said a representative from Massive Monster. “But the idea of religious fundamentalists dishing out cruel punishments to their followers for the sake of power? Honestly I’m not even sure how we came up with such a wacky idea.”

“We just thought, what if the biggest psychos among us had a group of dedicated believers, ready to do whatever their leader tells them to? Terrible to imagine, I know, but don’t worry, it’s just a video game,” they continued. “Sometimes it can be really hard to explain the concept because it’s so unfamiliar, but basically, the game lets players use a combination of love, fear, and even straight-up violence, to force their narrow interpretation of religion on as many people as possible. Honestly, sometimes when I play-test, I have to keep reminding myself that it’s fictional.”

Thankfully, Cult of the Lamb is just a work of fiction. It can be scary inhabiting the mind of such a terrible creature, but we can rest assured that this isn’t something that exists in the real world. If you find that playing Cult of the Lamb is too frightening, don’t forget to take breaks!

And if you’re looking for someone to discuss the game with, we’re even thinking of starting a support group for players out in the middle of a desert where we’ve bought a patch of land and are starting our own self-sufficient community. Just leave your friends, family, and possessions behind, and join us at the Hard Drive Compound, where we’ll chat about games, drink special elixirs, and worship the dark lords. No funny business — it’s gonna be super chill!

Don’t believe us? Check it out for yourself! This article was sponsored by Devolver Digital, which is good news for you, because it means that Cult of the Lamb is a real life video game that you can play in the real life world. Check it out for pre-order on Steam.